Memo Pad: Getting Back In Style

For the last year, the top brass at Time Inc. sought to reinvigorate In Style Magazine. 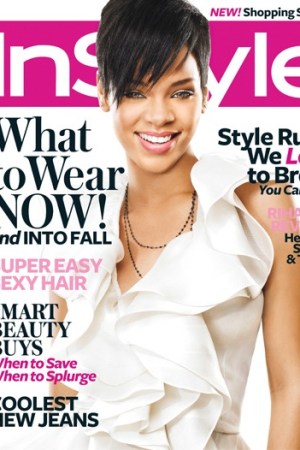 High-rise condominiums in Manhattan have been erected in less time than it took In Style magazine to formulate a redesign. For the last year, the top brass at Time Inc. sought to reinvigorate its fashion and celebrity magazine with additions to the top of the masthead — editor at large Ariel Foxman, deputy managing editor Eilidh MacAskill, recruited from the U.K.’s Happy, and creative director Rina Stone, who joined from People — and changes to its covers and editorial sections along the way. But the August issue will bring about a noticeable new look for the 14-year-old title, which has faced intense pressure from both fashion and celebrity competitors.

This story first appeared in the July 10, 2008 issue of WWD. Subscribe Today.

The new look is more modern with a bigger focus on fashion and beauty, demonstrated through bigger pictures, bolder headlines, and new sections including “What’s Hot Now” and “Shop It.” And there’s a go-girl editorial tone with plenty of exclamation points, ellipses and liberal use of the word “love.”

“Our marketplace has become very crowded both on the fashion front, with everyone using celebrity and treating service in the way that had become very familiar for In Style, and on the weekly front, where the celebrity magazines had encroached,” said In Style managing editor Charla Lawhon.

“When In Style launched, what people knew about celebrity was more limited,” added Lynette Harrison Brubaker, group publisher. “Now everyone knows everything about celebrity, so we have to keep more relevant. And it’s not enough to say celebrities are the only stylemakers because there’s 20 people around them in an entourage helping them make choices.” Thus, the redesign plays up fashion and includes more insights from the entourage in the know.

The tone of the copy (stories and cover lines include “What Price Beauty?” and “Style Rules We Love to Break”) signal an updated, if somewhat cheekier In Style. “The redesign has been successful in reinforcing the luxury aspect of In Style, at the same time bringing practical service to the reader,” said Martha Nelson, who oversees In Style as editor of The People Group. Spreads include enlarged pictures of clothes, products and celebrities big enough for any farsighted reader to see the details. And those fashion credits should be rolling right along: New front of book and shopping sections dedicate more pages to products, and its beauty pages have been expanded to include more goods.

Another sign that In Style wants to position itself among fashion’s biggest trendsetters — the magazine and two of its editors will be featured this fall in WB’s “Gossip Girl,” the show that’s touted as the next “Sex and the City” in terms of its impact on fashion and trends. The script hasn’t been written yet, so there’s no word on whether it’ll be Hal or Cynthia or whomever dishing with Serena, Blair and the “Girls” about the mercurial world of fashion.

Ingredients integral to the DNA of the magazine — red-carpet photographs, party pages and celebrities at home — have not been discarded, but repackaged. Photos and red-carpet candids include more editor and celebrity commentary.

The changes come at a point of momentum for the magazine, which will report to the Audit Bureau of Circulations an increase in circulation for the first half of 2008, a feat few magazines can claim as of late. Single copy sales increased 4 percent, to 752,000 per month while total paid circulation increased 2 percent to 1.82 million. Comparatively, In Style moved 865,000 copies a month on newsstands in 2005 and had a paid circulation of 1.79 million.

In Style is also launching an edition in China, with Ziyi Zhang on the cover.

Advertising, however, is on the decline, as is business within most of the magazine industry. Through August In Style has lost 202 pages, or 11 percent, of advertising. Its European fashion and accessories advertising is still strong, but financial services, pharmaceutical and fragrance have scaled back. September also will finish smaller than last year, according to estimates. But at least one advertiser believed In Style’s new look, especially the approach towards showcasing product, might be more appealing to advertisers. “It’s very modern, which I think In Style needed,” said Mimma Viglezio, Gucci executive vice president, global communications. “The whole thing looked more appealing.