F-commerce is rapidly giving way to social commerce in general as brands look to maximize the Web's potential. 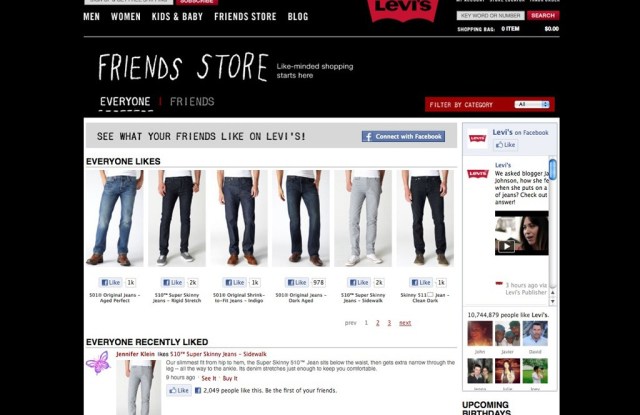 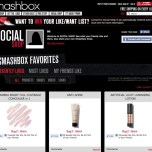 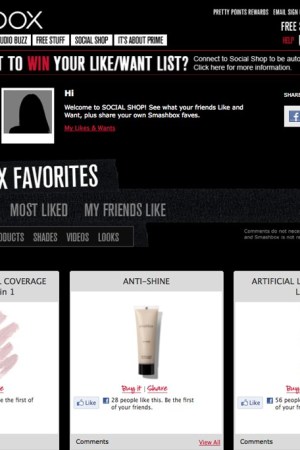 Department stores such as Nordstrom and J.C. Penney recently shuttered F-commerce storefronts and ceased selling on the digital platform, but it doesn’t matter, experts contend, because the landscape has already shifted to social commerce, or s-commerce.

“Facebook fan page stores are only 10 percent of the total shopping activity on Facebook,” said Wade Gerten, co-founder and chief executive officer of technology solution 8thBridge. “Social commerce is so much more than a brand or retailer’s fan page store.”

Experts are priming social commerce to be the next big thing in digital and, going forward, retailers must focus less on F-commerce specifically and more on s-commerce. Although Facebook will play an integral role in this fast-evolving form, it’s hardly limited to the medium. Social commerce can mean consumers engaging on the brand’s own homepage digital flagship or even on its mobile site. The biggest mistake for brands and retailers trying to bolster their digital presences right now is associating the term “social commerce” solely with F-commerce.

“There’s been so much overhyping about it that’s its not surprising that there’s going to be a bit of backlash. There’s social commerce and then there’s selling directly on your Facebook wall. The two are completely different things,” said Maureen Mullen, director of research and advisory at New York University think tank Luxury Lab, or L2.

To Mullen, underwhelming F-commerce sales don’t necessarily mean that social commerce isn’t going to be “huge” in 2012 — it just signifies that getting a firm grasp on the concept is going to be harder than first thought.

“There’s a lot of thinking that has to go into the technology and user development on Facebook as a platform — as well as how the consumer shops in a social environment on your traditional e-commerce site, but I don’t think it signals the end of social commerce,” said Mullen.

In fact, it’s just the beginning of it.

“If you define F-commerce as putting your product catalogue on your fan page — that doesn’t work. Just putting a store on your fan page does not work at all,” Gerten stressed, with the exception of selling exclusive product the consumer can’t get anywhere else or a deep discount is offered (such as the time Diane von Furstenberg partnered with HauteLook on a 50 percent off wrap dress flash sale). But most brands don’t want to do either. “You don’t have to create a watered-down version of your e-commerce store on Facebook. That’s the last thing customers want.”

Companies can either “push” their message out or empower users to “pull” friends into their Facebook networks, becoming brand advocates in the process. Gerten has found that “pull” messaging is really where it’s at and believes brands must home in on converting consumers to become “evangelists” sharing information about a brand and its products with their friends.

“Ninety percent of the shopping activity [on Facebook] is actually pull-based, as it’s customers sharing products and offers and purchases with their friends. That is what drives social commerce. It’s people that drive social commerce,” Gerten said.

As Facebook approaches 1 billion users, he is certain that the platform is where the majority of social commerce opportunities lie. In the near future, the platform will roll out company timeline pages, in effect making it easier for retailers to allow fans to express on their Facebook pages how they feel about products directly from existing e-commerce Web sites.

New “social action” buttons — which were once just a “like” or “share” button — will expand to include additional options for users to select on product pages, such as “love it,” “want it,” or “own it.” The brand will decide what actions are available — and for Gerten, these more customizable social action buttons will change s-commerce as we know it.

“What’s really cool now is that the new open graph and corresponding timeline can help brands drive a lot more advocacy because, on your existing Web sites where you’ve already spent millions optimizing, now you can tie in more ways to share and easier ways for people to express especially how they feel about something,” Gerten said. “With the timeline and open graph technology [on Facebook], it will be even easier for consumers to share how they feel about your product.”

Brands should rapidly embrace the platform’s new functionalities. And they should do it across every digital touch point they have with the consumer — including Facebook, Twitter, and Pinterest — giving users the tools they need to express themselves.

Beyond the social platforms, brands shouldn’t forget about their own Web sites. For James Gardner, founder and ceo of Createthe Group, this means concentrating on existing digital flagships.

Gardner — who’s worked with clients from Marc Jacobs to Burberry — looks at social commerce in two ways: version 1.0 being “share” tools and users rating or commenting on products, and social commerce 2.0, which he believes is only now being defined by companies and retailers. This will include a more integrated social experience on any platform where the brand has a presence (although this was once thought to be F-commerce). The former is more passive and essentially allows users simply to indicate what they “like.” The latter is what will become more active and interactive, such as the idea of live shopping with a friend in a commerce experience.

“It’s the simple things — wherever people are going to actively shop, that’s where there’s an opportunity for social commerce, whether you’re going to a brand’s Web site or a mobile site,” Gardner said.

For example, Smashbox has a “social shop” section on its Web site where users can, in a sense, shop with friends. The cosmetics site allows consumers to connect through Facebook and post in this social portion. Users can also shop items by “recently liked,” “most liked” and “my friends like.” It goes a step further with a functionality that lists friends’ birthdays that are coming up — including “likes” and wants that pertain to the brand to give suggestions for gifts.

Levi’s has a “friends store” on its site as well that allows users to see what their friends have purchased from the brand. There is the option of seeing what “everyone” likes — or just friends, as well as a feed of recently “liked” product and, similar to Smashbox, the option of seeing upcoming birthdays (if one chooses to log in via Facebook from the store).

Mullen acknowledges that the above brands have done a good job incorporating social elements into their sites — and although the technology has a long way to go, Smashbox and Levi’s are thinking about it “in the right way.”

Like Gardner, she divides the evolution of social commerce into “innings.” The first inning being the “like” button and the second the advent of “Facebook Connect” technology, which she labels “really powerful” due to the fact that 50 percent of e-commerce shoppers are logged into the medium simultaneously while they are on an e-commerce site. With one click, companies can access all the data on a user’s profile, and it lowers the barriers of entry to logging onto the site. The third inning, which is still a long way away, will force brands to figure out how to actually monetize on Facebook itself.

“Typically you would have to enter all of your information to register yourself as a user, [but now] Facebook will automatically populate all of that for you. This gives e-commerce marketers significantly more information on the consumer than they’ve ever historically had,” Mullen said.

Second to the “Connect” technology, Mullen believes linking back to product on a brand’s e-commerce site through strong Facebook programming is crucial to partaking in s-commerce’s second inning. She pointed out that Burberry generates 29.1 percent of its Web site traffic from Facebook, where it currently has over 10 million fans — at a fraction of the cost of paying for ad words on Google or Bing. She added that Threadless.com sees upward of 20 percent of traffic to its site coming from Facebook. In the short term, it’s brands that are able to successfully drive people from Facebook to corresponding e-commerce sites that will see the greatest returns.

Going forward, Mullen believes the most important thing for brands to start thinking about is how they attribute growth on the social platforms to sales and e-commerce, while beginning to think about how they can track sales offline through social commerce. She takes a step back and returns to the concept of the “first inning,” where it was about growing one’s fan page and seeing how long it took to reach 1 million fans. But with attribution, brands need to start using data to understand what impact fans are having on business and what behavior is taking place across a brand’s own digital platforms.

“The early iterations of these stores were basically just taking exactly what retailers did on another channel and replicating it on Facebook, and if you think about the development of any other robust content commerce channel, it’s not about replicating. It’s transformation in terms of what are the consumer behaviors specific to that channel, and how you tap into them,” Mullen said.

Nordstrom is aiming to do just that — and amid reports that it ceased selling on its Facebook store last week, the brand is quick to say that it’s still in the early stages as it relates to s-commerce.

“We recognize we have to be open to trying new things in order to make things more seamless and simpler to buy from us through Facebook and other social media channels. We’re absolutely not walking away from Facebook commerce and are actively pursuing other initiatives to help us be more responsive and relevant to our customers,” a spokesman for the retailer told WWD. “Social media is very fluid and we’ve been focused for a long time on trying to be where our customer wants to be when it comes to social commerce. We’re continuing to look at Facebook and other social media channels to make it easy and convenient for customers to buy from us through these channels.”

Nordstrom calls its commerce stint on the medium a “test” that “hardly represented its Facebook storefront” and one of many tests it has implemented to help the company learn about its fan base. The retailer is actively engaged with Pinterest and sees the social discovery site as an effective tool in featuring new product. Additionally, during New York Fashion Week earlier this month, Nordstrom live-streamed Jason Wu’s runway show and gave consumers the ability to preorder pieces from the fall 2011 collection directly from the retailer.

While its customer might not have responded as well as planned to the Facebook store it recently closed, Nordstrom is by no means done devising ways for consumers to transact on the medium. It is looking at “broader capabilities” on the platform and intends to build its digital infrastructure in a way that best responds to this s-commerce channel as it continues to grow.