Jonathan Newhouse hosted a party at Mini Palais ahead of the biannual conference for Glamour editors worldwide. 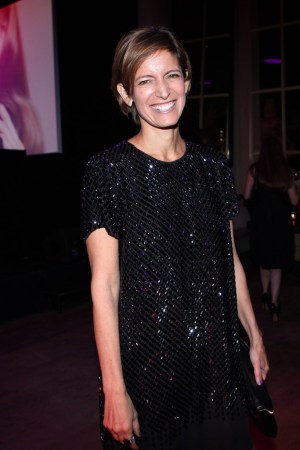 WORLD MUSIC: Cocktail chatter could be heard in an array of languages Saturday night in Paris as Jonathan Newhouse hosted a party at Mini Palais ahead of a biannual conference for Glamour editors worldwide. “Brazil is the latest one — it started last year,” said Newhouse, chairman and chief executive officer of Condé Nast International, listing off the 15 other countries where Glamour is published, and noting the fashion title ranks number one in markets including Spain, Italy, Germany, Holland, Hungary and the U.K. Marco Zanini of Rochas, Jean-Claude Jitrois and Akris president Peter Kriemler were among guests at the sprawling event, which kicked up a notch with a live performance by British singer Ellie Goulding, whose pink quiff trembled as she emoted into the mic. Later, French music maestro Pedro Winter DJ’d, and put in a plug for Ed Banger record’s latest release from Breakbot. “Pure French disco,” he purred.