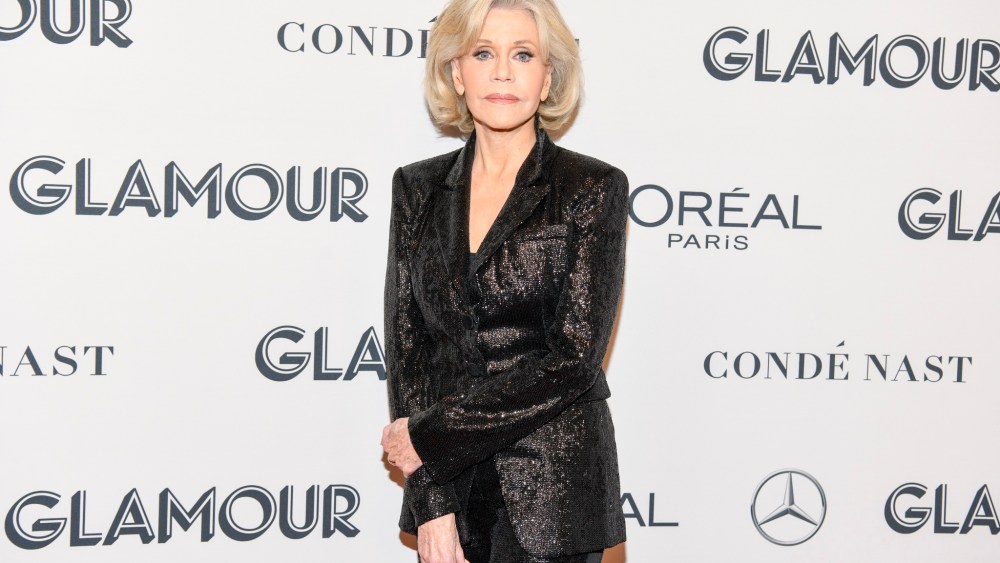 Glamour may have ceased its regular glossy print edition at the beginning of the year, but that didn’t stop the Condé Nast brand from doing what so many magazines have to do these days: hold a celebrity-filled awards ceremony. And given the times, it was a just a show rather than a dinner.

Nevertheless, it was still a glitzy production and the lack of food didn’t put off either Hollywood or New York celebrities, adorned in their finest gowns and gems, from descending on the Lincoln Center in Manhattan Tuesday night for the magazine’s 29th Annual Women of the Year Awards.

In fact, so flashy was the event that “The Handmaid’s Tale” author Margaret Atwood, who was receiving the Lifetime Achievement Award, felt the need to wear false eyelashes for the first time in her 79 years. “It’s encouraging for someone over 70 to still be considered glamorous,” she said.

Another honoree was so dripped in diamonds that she didn’t notice one fall off onto the stage. It was later found by Busy Philipps, the evening’s host, who quipped, “I don’t know if this is real or not, but if it is then you’ve f–king lost it.”

Glitziness aside, the message issued loud and clear last night by editor in chief Samantha Barry was about the power of strong women, illustrated by some emotional moments.

They included sexual assault survivor Chanel Miller making a surprise appearance on stage, adorned in a bright yellow Sachin & Babi dress. Introducing Miller, Barry revealed that she was actually in the audience when she was named one of Glamour’s Women of the Year in 2016, but could not collect her award on stage as she only recently waived her right to anonymity.

Miller read out a poem she had written for the evening, called “I don’t give a damn.” “The only reason I’m standing here is because people give a damn about my well-being, even when I did not. They reminded me that I carry light and deserve to be loved,” she recited, receiving no less than three standing ovations during her short time on stage.

Another poignant moment was when the women of the Texas-based Refugee and Immigrant Center for Education and Legal Services, or RAICES, were honored and communications manager Lucia Allain invited her unsuspecting mother up on stage to present her with a gift.

“You have been waiting for this for the past 17 years,” she said as she handed her mother her Green Card, leading to black mascara streaming down the faces of some of the nearly 900 attendees.

And if that weren’t enough to tug on the audience’s heart strings, Charlize Theron, one of the evening’s honorees, thinks they might need to check their pulses.

“I’m sure you’re all feeling this powerful female alchemy in the room tonight and if you don’t feel change or enlightenment by what you hear on the stage tonight then maybe you got your invite through some clerical error or you’re dead inside,” she said when making her acceptance speech.

But the most in-demand celebrity of the day (or night) had to be Jane Fonda. Several famous faces were falling over themselves to grab a moment with the iconic social activist and actress, who was clad in a black sequined suit, before the event kicked off.

Fonda was there to collect an award on behalf of climate change activist Greta Thunberg, who inspired her to participate in Fire Drill Fridays where she tries to get arrested in Washington, D.C., each week for protesting the damaging effects of climate change. “Greta Thunberg has changed my life,” she declared.

“I was thinking what can I do [about the environment] from the comfort of my Beverly Hills home and then I read about Greta. I read that she’s on the spectrum,” Fonda added.

“She has Asperger syndrome and that means unlike the rest of us, she sees and learns things that are not clouded by the rationalizations and obfuscations of the rest of us….What they see they see and I knew what Greta had seen was the truth.”

The night followed Glamour’s Women of the Year Summit the previous day, which welcomed just over 500 attendees. In its second year, the summit encompassed a day of panels and speeches by notable women, including actress Judith Light, New York Times reporter Megan Twohey and model Halima Aden. Program headlines included “#MeToo — Two Years Later;” “We Are All Leading Ladies” and “Go Big: ‘I listened to my inner a–hole.’”

Each ticket for the summit cost $300 and included an afternoon experience such as “Joanna Vargas: Master Skin Care Class” and “Shake It Like Tina Turner Dance Class.”

That tallied to around $150,000 in revenue for the summit since, while both it and the awards are about recognizing powerful women, the events are, in the end, all about generating revenue. Tickets for the awards part were priced at $1,500 each, but revenue for that is trickier to calculate as it’s unknown how many of those were offered to the general public. There was also a deal to buy tickets to both days for $1,650.