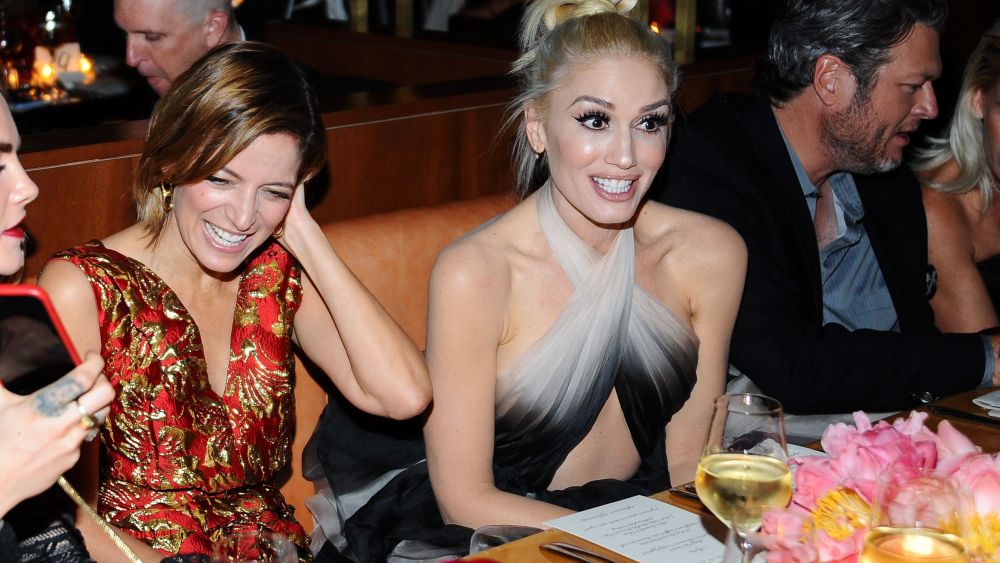 LOS ANGELES — Glamour’s first-ever Women of the Year Live Summit here drew some 350 people Monday, held as a prelim to the magazine’s annual Women of the Year awards show. A spokeswoman for the title confirmed most in the audience did pay for their ticket—which came at a cost of $395 to hear from the likes of Jenna Lyons, Marissa Mayer, Maureen Dowd, Lena Dunham, Rebecca Minkoff, Eva Chen and Maria Shriver.

The magazine’s awards show, now in its 26th year, streamed WOTY’s foray into the events business live from the NeueHouse Hollywood as it seeks to tap what’s become a lucrative revenue stream for organizers of women’s empowerment or female-focused business and networking mixers. There are breakfast, workshops and other events from Business Chicks, which most recently has featured Nasty Gal founder Sophia Amoruso in talks in Australia. Fortune held its annual Most Powerful Women Summit in October at the tony Ritz-Carlton Laguna Niguel. That’s being followed up later this month with a Fortune Most Powerful Women Next Gen Summit, with a $3,500 registration fee.

There was plenty of fodder in the political landscape to carry the Glamour conference through, following a weekend of protests throughout the nation sparked by the elections and country’s president-elect. Trump’s victory caught the Glamour gang – as well as almost everyone – offguard, so much so that the editorial team had to rewrite their scripts for the event, sources said.

“Raise your hand if you feel this has been a traumatic week,” Glamour editor in chief Cindi Leive said at the start of the day’s programming. “Yes, the glass ceiling is still up there but now it’s up to all of us and that means all of you to break it and that’s what today is all about.”

A panel was dedicated to the topic of the recent elections and a conversation around it from New York Times op-ed columnist Maureen Dowd, “Girls” creator Lena Dunham and activist and Dolores Huerta Foundation president Dolores Huerta.

“Obviously so many women are feeling scared, unsafe and ignored,” said Dunham, whose comment was met with applause from the audience.

Similar sentiments about the political landscape were shared throughout the day, while other panels and talks focused on the typical fare at such conferences.

Career advice came from executives such as Lyons and Mayer (two interesting choices given the financial troubles their respective firms are having) during a panel called “When a Woman Runs the Show: What I Learned in My First 30 Days,” which dealt a lot with communication skills in the workplace. The two were joined onstage by writer, producer and actress Issa Rae and former Disney ABC Television group president Anne Sweeney.

Lyons, J.Crew president and creative director, recalled when she found herself in the position she’s now in she became that much more aware of others’ perceptions of directives or other things she said at work that may not have necessarily been interpreted correctly.

“You become a version of yourself that you don’t know,” she said. “I like to think of myself one way. Clearly, that’s not what everyone thinks of me.”

“I think we’re at an incredible turning point as far as fashion and tech becoming more and more infused,” she said.

Other points in the day were decidedly more lighthearted, such as the afternoon reveal from Barbie, one of the conference sponsors, of its latest “Shero Barbie”: a doll made in the likeness of Ashley Graham. The model was surprised onstage with the unveiling of the miniature version of herself.

Shriver, the day’s final speaker, brought the conference full circle when she touched on the same importance of communication and listening discussed during the summit’s kick-off panel.

“It’s a time really for listening and learning and I think hearing what’s under a lot of these votes is pain and that’s one of the things I’ve discovered in my own journalism and going out,” Shriver said.

She went on to discuss her own upbringing in a Democrat family and her path to forging her own political road after realizing neither party had “a monopoly on goodness.”

A mere two hours later, the sound stage at NeueHouse was reset for the awards show, scaled down to a more intimate 400 seats in comparison with its days at Carnegie Hall. Here the Hollywood factor became apparent, as a parade of actress guests streamed in and mingled about with actress presenters and a few members of the media.

Demi Lovato opened with her balled “Skyscaper,” followed by host Tracee Ellis Ross, who said, “I thought, because we all thought, we would be standing here under very different circumstances, I’d take a moment to let out a primal sound.” Her guttural scream (she was kind enough to put down her mic) spoke for the crowd and proved a cathartic preamble for the emotional speeches to follow.

Things started off on an upbeat note with Mindy Kaling presenting the night’s first honor to Olympic gold medalist Simone Biles, who said “public speaking makes me more nervous than competing at the Olympics.”

Rashida Jones then introduced Nadia Murad, a 23-year-old Iraqi woman who was kidnapped and forced to become a sex slave after ISIS invaded her village and executed the men. She’s now urging the International Criminal Court to persecute the terrorist group. Speaking through a translator, Murad said, “Each time I speak, I feel I lose a little bit of my life, but terrorism has no mercy. We cannot allow them to continue.”

Next, Christine Lagarde picked up the Lifetime Achievement honor for shattering several glass ceilings in her 60 years, including becoming the first finance minister of France and the first female director of the International Monetary Fund. While she said her achievements paled next to those of someone who was “almost buried,” she urged the young women in the audience to aspire to be leaders of finance and politics because “when women do better, economies do better.”

Ashley Graham then entreated the same group of girls in the audience (those who wrote essays for a nominating committee were offered tickets to the sold-out event) to “love yourselves” no matter what size and shape they are. Also fighting back against discrimination and using a platform to affect change, the founders of #BlackLivesMatter – Patrisse Cullors, Alicia Garza and Opal Tometi – led the crowd to chant, “We must love and support each other. We have nothing to lose but our chains.”

Many of the presenters and honorees, such as Yara Shahidi and Zendaya, have galvanized youth to benefit programs for ending hunger and AIDS through their social media platforms. Zendaya, who has 32 million Instagram followers, told the audience, “We won’t let societal tropes change who we are or tell us what we can or can’t do.”

While the night was about being seen as much as being heard, there was a special tribute to the anonymous Stanford rape victim known as Emily Doe, who wrote a piece performed by actresses Gabourey Sidibe, Frida Pinto and Amber Heard, after which Stanford Law professor Michele Landis Dauber accepted an award on her behalf.

One of the evening’s more emotional introduction speeches came from Anna Wintour for Miuccia Prada. While she joked about the two women ending up in the same book title, noting that the only time they ever discussed it was when Prada told her “Anna, that book is good for both of us,” Wintour (who dashed before the actual dinner) also evoked Michelle Obama and Hillary Clinton, saying they both reminded her of Prada and that she often suggested the designer run for a political office. The low-key Prada said simply, “I dedicate this award to all the women who struggle for their independence, their freedom and their jobs. We know there is still so much to do.”

Bono and Gwen Stefani, arguably the night’s most famous honorees, came last. The activist rock star, Glamour’s first Man of the Year, said he asked his wife Eve Hewson what he should say, and she reminded him of what she told him 40 years ago: “Don’t look down at me, and don’t look up at me, either. Look across to me, I am here.” Bono said he planned to do the same with President-elect Donald Trump, telling him, “Look across to women, make equality a priority. It is the only way forward. The train is leaving the station; be on it, or be under it.”

The final surprise of the evening came when a group including Ross, Rhimes, Jones, Elizabeth Banks, Ted Danson, Chelsea Handler, Adam Scott and several children took to the stage to thank Hillary Clinton for her service and inspiration, vowing to continue working for change.

As they filed out of the sound stage and into Paley restaurant next door for the post-dinner, the crowd appeared to be processing the evening, finally able to exhale. “You made me laugh, and I needed to laugh,” Rachel Zoe told Ross. Blake Shelton told James Corden, “I liked the bit about you talking about us,” referring to the late-night host’s observation that Shelton and Stefani’s unlikely pairing could only mean that it was also possible for the country to come together as well.

Elsewhere, multi-generations mingled. Past Woman of the Year honoree Angela Missoni told young actress Rowan Blanchard, “I want to know you. Please invite me when you get an award.” Jenna Dewan Tatum shared her disbelief about the election results with Bono, and Laura Dern introduced her stepdaugher Harris Harper to Alicia Garza and Yara Shahidi, saying, “I’m so glad I got to bring her tonight.”

Leive hinted that the expanded Los Angeles program could be the start of something more. “We felt like we needed to crawl before we could walk so we started with a one-day summit and not a five-day thing, but I think there is a lot of room for growth.”