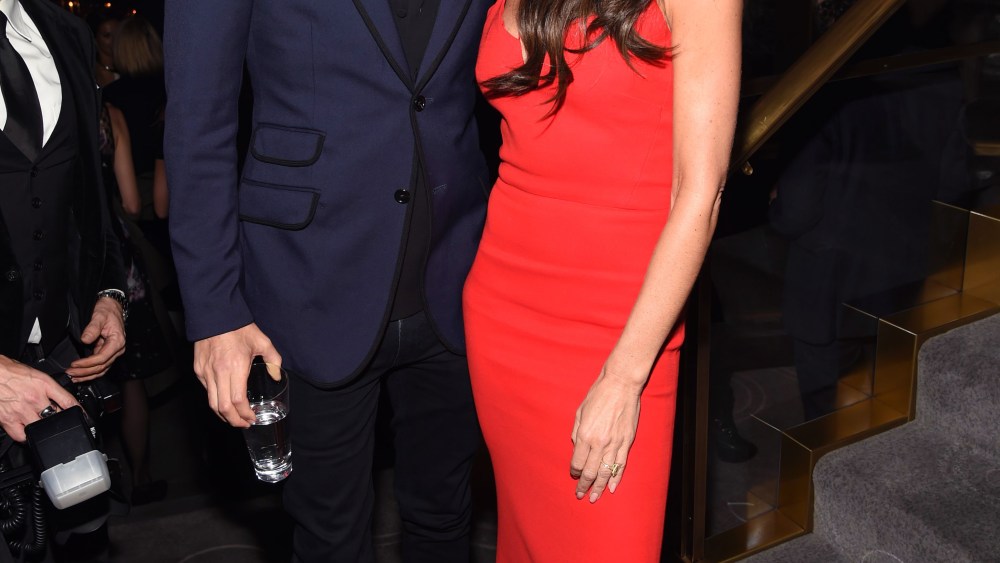 Glamour’s Women of the Year Awards is the kind of event that takes a village to put together. So marking their 25th year this year, WOTY, as it’s called by the Glamour people who toil away planning the event, naturally had to be bigger and brighter than in the past.

The last two had elicited some eye rolls from critics concerned with the growing controversy over the accuracy of the technology behind Holmes’ company Theranos, and the validity of Jenner’s gender identity as a woman. What’s more, some in the media, perhaps jealously, spun a massive conspiracy theory that Jenner made a deal with Condé Nast to appear on the cover of Vanity Fair earlier this year in combination with winning a WOTY award from Glamour.

In true Condé Nast-style, Glamour sidestepped the noise, and put on a flashy, star-packed event that was at times emotional and empowering, and at others, high on gloss and very Hollywood.

“It is such an honor to be here hosting Glamour Women of the Year — that’s what Cindi [Leive] told me right before she told me I wasn’t getting paid,” Schumer said. “I make fun of women’s magazines a lot because it’s easy and it’s fun and they write hostile articles like ‘How to Trick Your Stomach Into Thinking You Ate That Week.'”

The night hit several high points — perhaps the most poignant being when the survivors of the shooting in Charleston spoke of the power of “forgiveness” and learning to “love, not hate.”

Another memorable moment came when Beckham collected an award for fashion, which was presented to her by her son Brooklyn. In the introductory video that played beforehand, Condé Nast artistic director and Vogue editor in chief Anna Wintour said of Beckham: “She was so successful as a pop singer, coupled with being the wife of one of the world’s most famous athletes. I think for her to have the courage and tenacity to take on a second career in a world that is not so well-known for its generosity, I thought that showed courage. She worked incredibly hard, was so involved, the results now are extraordinary.”

Thanking her husband David, Beckham acknowledged that her career “started with the Spice Girls” and “girl power.”

Next up was teary-eyed “Transparent” actress, Judith Light, who introduced Jenner: “Caitlyn, you are strong, you are brave, and you belong on this stage.”

Jenner, wearing a custom Jeremy Scott for Moschino gown, joked as she came to the stage: “Well, let me first say, getting up the stairs in this dress is more difficult than hurdling.”

She charmed the crowd, retelling a story most people have either seen on TV — “Keeping Up With the Kardashians,” “Call Me Cait,” Jenner’s TV interview with Diane Sawyer — or read in the pages of Vanity Fair over the summer. “Maybe this is why God put me on this Earth, to tell my story, to be authentic to myself about who I am,” Jenner said of the decision to transition from Bruce to Caitlyn. “Maybe in doing that, you can make a difference in the world. What a great opportunity in life to have. So few of us ever get that opportunity.”

Jenner closed the speech to rousing applause when she said she finally got a driver’s license identifying her as a female, which makes her feel confident to read Glamour in public as Caitlyn “without having to fold over the cover.”

After a quick performance by Ellie Goulding, Holmes nabbed her award, noting how “humble” she felt. She did not address The Wall Street Journal’s investigative report questioning Theranos. Instead, the founder and ceo only subtly addressed the controversy in the video introduction that played moments earlier, offering: “There’s huge resistance, especially by the lab industry who is doing everything that they can to make us disappear.”

Goldie Hawn closed out the night when she presented an award to Witherspoon, whose production company, Pacific Standard, aims to bring films to the screen that are both written by women and feature female lead characters.

“I think we are in a cultural crisis – in every field and every industry, women are underrepresented and underpaid in leadership positions,” said Witherspoon, who posed the question to the influential audience. “I urge each one of you to ask yourselves ‘what do we do now?'”

What most did instead was head to The Rainbow Room a few blocks south for a candlelit after party where guests nibbled on tuna tartare, short ribs, branzino and sipped on Champagne.

As the party wound past midnight, the DJ played “Wannabe” by the Spice Girls, prompting Beckham to do a little shimmy and revive her days as Posh Spice. Guests huddled around, glasses in hand, echoing back to Beckham’s “So tell me what you want, what you really, really want. I’ll tell you what I want, what I really, really want.”