O'Brien was a media renaissance man of sorts, whose career reinvention from magazine editor and writer to creative director and ad man, and even TV personality, astounded his contemporaries.

By Alexandra Steigrad
with contributions from Lisa Lockwood
on April 7, 2017
View Slideshow 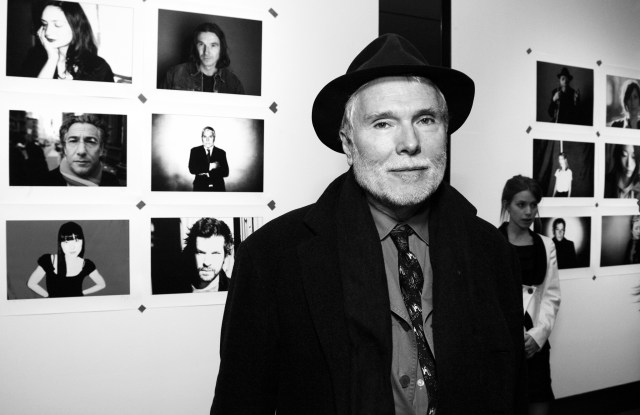 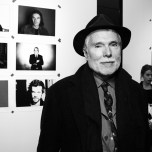 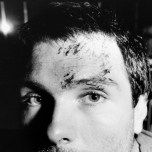 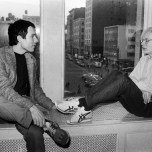 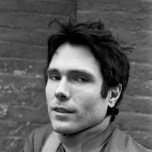 Glenn O’Brien, who is perhaps best known for his long running GQ column “The Style Guy,” passed away from complications of pneumonia Friday morning.

O’Brien, 70, was a media renaissance man of sorts, whose career reinvention from magazine editor and writer to creative director and ad man, and even TV personality, astounded his contemporaries.

Driven by his passion for art, music, culture and beauty, O’Brien chronicled some of the more important moments in New York’s cultural landscape beginning in the early Seventies.

A prolific writer, O’Brien got his start at Interview magazine under Andy Warhol, and then became New York bureau chief at Rolling Stone in 1974. After a yearlong stint at Oui magazine, O’Brien accepted a job as articles editor of High Times, eventually moving to the role of editor at large.

On his web site, glennobrien.com, he described his side gigs, including the formation of the band Konelrad with Douglas Kelley and Neke Carson.

“We described ourselves as the world’s first socialist-realist rock band and rather than the usual themes of sex, drugs and teen angst, our songs were more concerned with politics,” he wrote. “We played venues such as CBGBs and our repertoire included songs such as ‘Industrial Accident,’ ‘Seize the Means of Production,’ ‘Hardcore Melt Down’ and ‘I Don’t Want Your Germs.’”

He later wrote and produced a film “Downtown 81,” starring Basquiat, and wrote a column on advertising for Artforum from 1984 to 1988. A book of those columns will be released in May.

In the mid-Eighties, O’Brien began working for Barneys New York and he became creative director in 1988, supervising all store advertising and communication as well as handling the advertising of outside accounts including Ian Schrager Hotels and Glacier Water, until 1996. He added names to the client roster such as Calvin Klein, Swatch, Revlon, Nike, Armani, Fila and MTV’s Rock the Vote.

Calvin Klein told WWD: “I worked with him. He worked on copy for ads and for commercials. I worked with him on a number of projects over the years. He was very creative, funny, a wonderful sense of humor which I liked. He was always ahead of the curve, and we’ll miss him.”

O’Brien also worked closely with cocreative director Ronnie Cooke Newhouse, who was brought on from Details where she served as a fashion editor.

Cooke Newhouse spoke to WWD about working with O’Brien, offering: “Our worlds and our points of view were left of center and similar. It was like when you became a work husband and a work wife for each other. It was one of the greatest times in my work life.”

Cooke Newhouse described O’Brien as a “self-made character who embodied so many inconsistent, wonderful things.” One of those things was his Midwestern upbringing, which stood out to her. Born in Cleveland, O’Brien was a product of Jesuit and parochial schooling, having attended a Jesuit high school and Georgetown University in Washington, D.C. He would later move to New York to study film at Columbia University.

“He was Mr. Downtown and part of the whole avant-garde scene, but he was such a traditional dresser, like a dandy, Cooke Newhouse said. He was completely precise. Everything was very measured and thought out. He had an incredibly loyal group of friends that just stayed by his side.”

She recounted some of their most creative work, which included a series of Jean-Philippe Delhomme illustrations and a campaign called “How To Be Good.”

“The things that we did didn’t look like anything else, they didn’t sound like anything else. They made people laugh. We laughed so much working together. Half the time we couldn’t stand up because we were laughing so much,” she said. “We would work and then we went went bowling…we went bowling as a team. He had his own bowling ball…I think it had his initials on it. He was just a one-off.”

Fabien Baron, founder of Baron & Baron, said his relationship with O’Brien went back many years, beginning at Barneys New York. They did advertising together with Steven Meisel, who was shooting the campaigns, Baron did the art direction, and O’Brien wrote the copy.

“I really loved the way he was writing, He had an amazing sense of humor. We did those ads for Barneys together and they were fabulous. He was always coming up with these very witty ideas. He was amazing at doing punch lines,” said Baron. He recalled that the ads featured models such as Naomi Campbell, Linda Evangelista and Christy Turlington. O’Brien would write a really good headline and quote. “It was off the cuff, of the moment and very witty,” he said. He and O’Brien went on to do advertising together for clients including Giorgio Armani and Calvin Klein, and worked together at Interview.

Baron also said that O’Brien had amazing insight on art culture. “He knew all the artists. Me being a visual person, he was the perfect counterbalance in the word category,” said Baron. “We got along really well for many years.”

His writings on art were expansive and include monographs and catolog essays for artists like Basquiat, Warhol, John Baldessari, Christopher Wool, Jeremy Blake, Keith Sonnier and Richard Prince. He also wrote books: “SOAPBOX: Essays Diatribes Homilies and Screeds,” Imschoot; “Basquiat,” Tony Shafrazi Gallery; “The Style Guy,” 2000, Shriners, and “How to Be a Man: A Guide to Style and Behavior for the Modern Gentleman,” among them.

From 2008 to 2009, O’Brien became editorial director of Brant Publications, running Interview, Art in America and The Magazine Antiques.

In 2015, O’Brien popped back into the news after his contract was terminated at GQ. He had spent 16 years as the magazine’s Style Guy columnist. O’Brien turned around to become top editor of Maxim under owner Sardar Biglari.  O’Brien set out to remake the magazine, telling WWD at the time: “Men’s magazines are more juvenile now. It’s like 12 ways to decorate your dorm room. I want to do something for a more mature audience.” (O’Brien would soon part ways with Maxim, which continues to undergo reinventions).

O’Brien also nabbed a gig as host of “Tea at the Beatrice” on WME/IMG’s Made2Measure fashion on Apple TV. He described the hosting as “a more bohemian version of ‘Charlie Rose.”

Since then, O’Brien had been writing two other books, including a memoir, as well as continuing to consult for brands, including Dior.

“He had the ability to be ahead of everyone else. He was extremely literary [and] heavily mentored by Andy [Warhol],”said Anne Kennedy, his agent of 25 years, who spoke to O’Brien every day. “His reach was really extraordinary.”

O’Brien is survived by his wife, Gina Nanni and two sons, Oscar and Terance. O’Brien’s family is planning a private service and memorial but those details were not readily available.