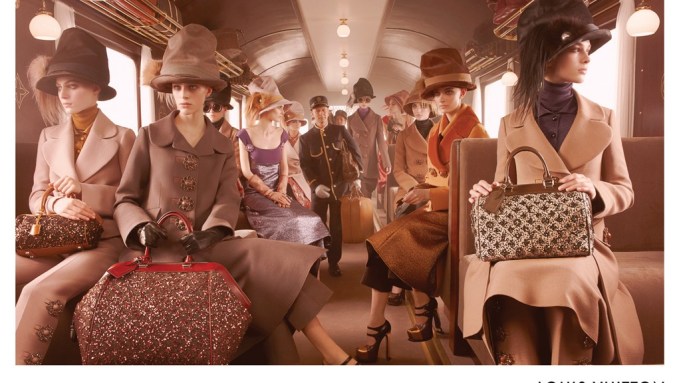 GOING PLACES: Making good use of the extravagant train-station set for its fall fashion show, Louis Vuitton made a locomotive the backdrop for its next campaign — and is dispatching it to Shanghai for a gala taking place next month. “We wanted to continue the journey we started with the fashion show,” said Vuitton’s artistic director Marc Jacobs, adding the ads are meant to evoke “the glamour of travel and the romance of going somewhere.”

Steven Meisel photographed 10 female models and four male porters in the reconstructed interior of the Louis Vuitton Express in a New York studio. It’s the first time the brand has sought to evoke the exact ambiance of its Paris show. Ads are slated to break in August magazines worldwide.

A dedicated Web site — louisvuittonexpress.com — is to document the train’s journey from Paris from July 5. When it chugs into the show site on Shanghai’s famous Bund at 9 p.m. on the 19th, models are to disembark in the fall collection and circle the train, just as they did in Paris. The event coincides with an exhibition of travel articles and the opening of Vuitton’s first maison in China — a four-level unit at the Plaza 66 complex.