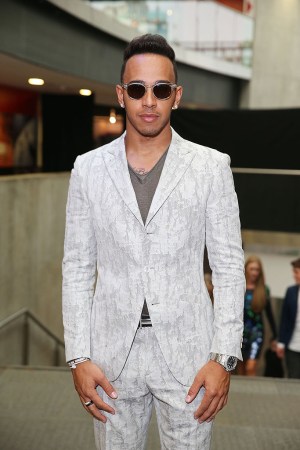 STYLE BEYOND AGE: British GQ has released its 2016 best-dressed list, which will be featured in its February issue hitting newsstands Jan. 7.

The list spans men of different ages and backgrounds, according to a judging panel that includes Tom Ford, Vivienne Westwood, Giorgio Armani and Lara Stone.

Eddie Redmayne topped the list for the second year and fronts the February cover. Inside, he talks about his performance as a transgender woman in “The Danish Girl.”

David Beckham jumped from number 46 to number 4. He is no stranger to such accolades, having been recently named “Sexiest Man Alive” by People magazine.

He was in good company, with his son Romeo Beckham at number 8, who has already started to carve out a modeling career of his own.

There were also two royal entries, with Prince Philip at number 12 overtaking Prince Harry at number 38.

Oliver Cheshire is another British model who made the list at number 19, for his “good bones, good hair and great attitude to fashion,” according to the GQ judges.