“I hope this is not a terrible mistake, because I don’t know much about advertising." 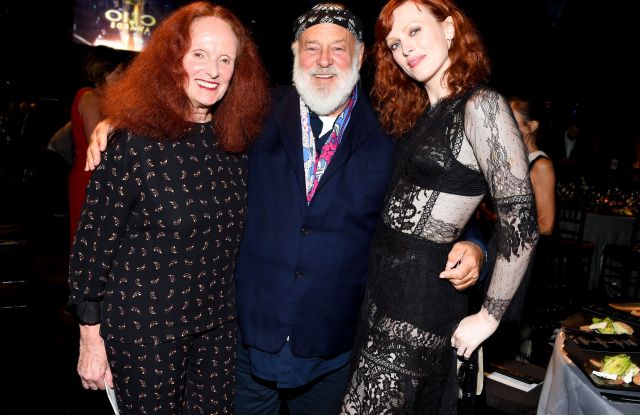 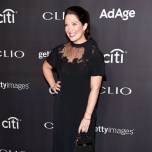 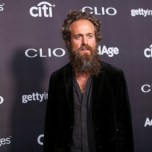 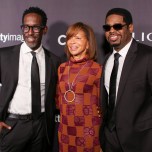 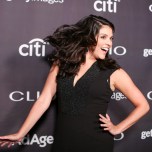 “I hope this is not a terrible mistake, because I don’t know much about advertising,” the legendary red-headed creative director at large of Vogue and personality in her own right told the crowd of ad men and women seated in the lavish if gaudily decorated tent at Lincoln Center.

Asked before the ceremony to name a favorite ad campaign, she cited Calvin Klein’s recent work (Coddington didn’t mention her own cameo in the campaign). “It’s such an about turn for the brand. It appeals to me as a fashion person,” she said. Coddington also recently worked as a creative partner on Tiffany’s ad campaign.

Karen Elson, who walked and posed arm in arm with Coddington on the red carpet, presented the woman she called her mentor with the award. Elle Fanning, who had been the planned presenter, was busy shooting a Woody Allen movie. “So Karen graciously stepped in,” Coddington added. Coddington, who was recently tapped to be a contributor to British Vogue under Edward Enninful, revealed that she has already done a story that will run in the newly installed editor in chief’s first issue.

“I feel so lucky to just spend every day of my life doing something I really love. Next year, I will have worked at Vogue for half a century,” she continued while accepting her award to cheers and applause.

Coddington thanked an extensive list of people, including “all the models, especially the red heads,” the set designers, the makeup artists, “the hairstylists — particularly my boyfriend, Didier Malige” and “all those photographers, past, present, old and young, and especially Bruce Weber and Steven Klein, for all the beautiful and amazing pictures that make Vogue great,” before saying, as an aside, “that sounds like Trump, oh dear.” The president, of course, being perhaps the world’s greatest user of the word “great.”

Although politics wasn’t in the forefront of the evening, it did seep in from time to time — as it often does these days. The evening’s MC Cecily Strong brought onstage two of the three members of Boyz II Men to sing accompaniments to her introductions, jokingly mentioned “the failing New York Times” when announcing the winners of the awards for print advertising.

“The fashion industry is constantly changing,” Allure editor in chief Michelle Lee said, when presenting Clio’s Fashion & Beauty Awards. “What was in last season can be out quicker than a cabinet member in the Trump administration.”

In that, perhaps the current state of the magazine industry shares something with the White House.

“We are all in a state of flux, not just in magazines, but in everything,” Coddington said.