Sonia Rykiel Gets Graphic for Fall 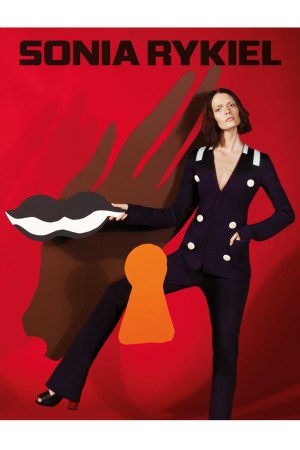 The designs were inspired by the work of French graphic artists such as Bernard Villemot, known for his advertising campaigns for Orangina and Perrier, and Raymond Savignac, who produced memorable images for Yoplait and Bic, among others, Sonia Rykiel said.

The shoot was styled by Marie Chaix, with hair by Anthony Turner and makeup by Yadim.