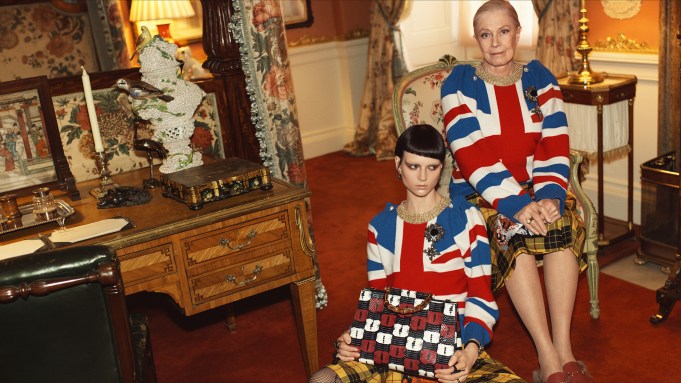 After showing its cruise 2017 collection at Westminster Abbey and pledging to support cultural activities at Chatsworth House as part of a three-year partnership, it was a natural segue for Gucci to photograph the collection’s advertising campaign at the home of the Duke and Duchess of Devonshire.

Photographed by Glen Luchford, the campaign references the collection’s British inspiration with images of the models on the grounds and in the interior of Chatsworth, surrounded by chickens and dogs. The Italian brand secured the quintessential British actress for the campaign: Vanessa Redgrave.

In the colorful images, Gucci’s creative director Alessandro Michele juxtaposed younger punkish characters with Redgrave and the stately mansion and its grounds.