Back as the Guess girl in photos by David Bellemere, Hailey Baldwin helps break in Stefano Sala for his first appearance as the Guess guy. 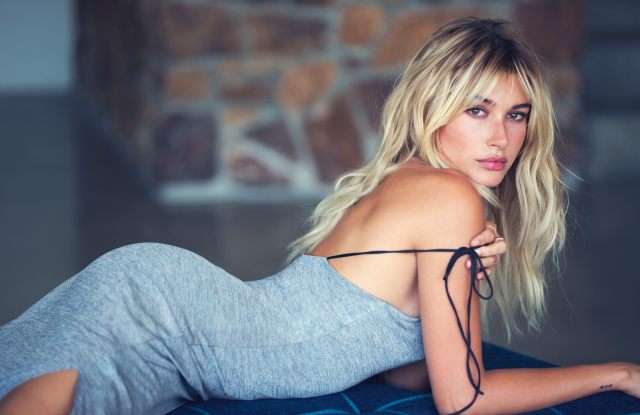 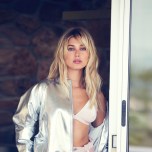 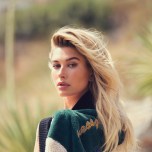 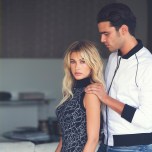 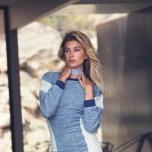 Hailey Baldwin is back as the Guess girl for the holiday season, and she has a new date.

The 19-year-old model is returning from her stint fronting Guess Inc.’s fall ad campaign in new photos taken by David Bellemere. Standing longingly by her side is Stefano Sala, who’s making his premiere as the Guess guy for the Los Angeles-based company.

The young couple smolders in a minimalist house in Palm Springs, Calif., surrounded by desert rocks which serve as a spot for them to soak up the sun. Their outfits are typical for the holiday season, when novelty fashion tends to attract shoppers who are seeking to buy gifts or statement-making pieces for themselves to wear to parties.

Among the women’s styles, Baldwin highlights a slinky gray knit dress, metallic bomber jacket and faux-fur coat that pops in rhubarb red with bright embroidery stitched on the back. Sala sports a quilted puffer jacket, crisp white denim and other pieces loaded with shiny hardware and zipper details.

Reflecting the art direction from Guess chief creative officer Paul Marciano and styling by Martina Nilsson, the ads will run in November issues of fashion and lifestyle magazines, including Elle, Vanity Fair and V. Billboards are destined for busy Southern California intersections in West Hollywood and downtown Los Angeles. An image of Baldwin is also slated to be reproduced on a 130-foot-long wallscape in Miami.

Baldwin’s sophomore run solidifies her place in Guess’ history with of-the-moment faces. Claudia Schiffer has posed multiple times, as has Gigi Hadid, who made her debut as a toddler sporting the kids’ line from Guess before reappearing years later as a gingham-clad vixen.

Plus, it doesn’t hurt to have Baldwin, with more than nine million followers on social media, keep the 35-year-old brand relevant in fast-moving, digital-obsessed pop culture.