Sally Hershberger, hairstylist to the stars, wants to reach out to the masses. 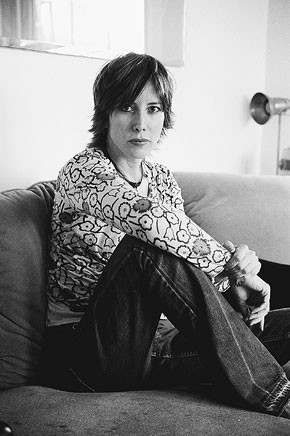 Sally Hershberger, hairstylist to the stars, wants to reach out to the masses. In January, Walgreens will exclusively sell her hair care and styling line, Supreme Head, which industry sources expect could generate between $5 million and $7 million in first-year sales.

Sally Hershberger is excited about getting back into the mass world. After all, the celebrity hairstylist doesn’t simply create career-making looks for leading entertainers, supermodels and heads of state. (She created John Mayer’s new do for the Costume Institute gala seen in recent Gap ads; she took Gisele’s hair from long to short several years ago, and she styled the hair for the First Family for a layout in Vogue.)

Hershberger’s had her famous hands — which command $800 a haircut — in shampoo, conditioner and styling products since the Nineties, from her days with John Frieda Professional Hair Care where she codeveloped the multimillion-dollar hair care collection, Sheer Blonde, sparking a shift toward formulas addressing hair color.

Hershberger, a beauty and fashion world staple, is as familiar with the word “planogram” as she is with “salon,” of which she owns one, located in New York’s Meatpacking District, with plans to open another in Los Angeles this spring, and another on Manhattan’s Upper East Side next year with former John Frieda salon star colorist Sharon Dorram-Krause.

To hear Hershberger talk about the hair care aisle in a drugstore, its annual resets and the importance of being merchandised at eye level, reinforces the notion that despite all the glitter that comes with outrageous success (she owns multiple homes, a handful of gold watches and an art collection that includes Warhols and Basquiats), she does have a savvy business side, or at least a network of supportive and business-savvy friends. Hershberger said she keeps in touch with John Frieda co-founder Gail Federici, for example.

These days, though, Hershberger looks to Lynn Emmolo for business and product direction. Emmolo is president and co-founder of 360 Degrees, a brand and business development company founded with ex-Bath & Body Works executive Sandy Cataldo. Emmolo has more than 25 years of experience in beauty, with most of her career spent in executive positions at L’Oréal and The Limited. The two met a year ago, coincidentally just as Hershberger’s contract with Kao Corp. (which bought John Frieda in 2002) was expiring. Emmolo soon learned Hershberger had done a lot of homework for her new hair care and styling line, Supreme Head, which she wanted to bring to the masses.

“Her business proposition was well thought out. And, communicating how to use the products on the Internet makes the whole concept different” from what is currently on the mass market, Emmolo said.

For her $800 haircut, in addition to a trademark Hershberger trim, she offers clients “baby steps” on how to achieve the style at home. This, she said, is what consumers of Supreme Head will be able to find on the Internet, simply by entering in a product’s UPC code. The line consists of six shampoos and conditioners (with variants for thin to normal hair, normal to thick hair and wavy hair), three Style Primers (a variant for each hair type), a Shagg Spray, Star Shine, Wreck & Roll Texturing Gel, Wreck & Roll Texturizing Cream and Supreme Lift for normal to thin hair. Products are packaged in brightly colored containers, including hot pink, matte gold and seafoam green, and have Hershberger’s name scrawled on the front. Caps and bottle components are in gold, a touch that reflects Hershberger’s gold watch fetish. (During her interview, she wore a gold Rolex Daytona.) The Internet component of Supreme Head is one of the characteristics that caught the eye of Linda Conway, category manager for hair care at Walgreens. The drugstore chain will carry Supreme Head exclusively for one year beginning in January.

“This is a great opportunity to bring the techniques of the celebrity stylist to the masses. The line is very innovative and brings new ideas and freshness to the category. There are some unique items, such as the Primer. The line is very good at explaining how to use the product properly to achieve desired results. They have a very good Web site that has a good focus on this,” Conway said.

Several items in Supreme Head stand out from what is currently on shelves. There’s the Style Primer, a hair foundation that is designed to boost the performance of styling products; Shagg Spray, which is applied to dry hair to create soft sexy layers; Star Shine, a light spray to add glisten; Wreck & Roll Texturing Gel, to create chunky hair pieces; Wreck & Roll Texturizing Cream, to smooth hair and provide invisible texture, and Supreme Lift, to add volume to limp hair. Industry sources estimate Supreme Head will generate between $5 million and $7 million in its first year.

And even if imitators attempt to copy her line, Hershberger said her appearance in video clips on the Internet will continue to set her apart.

“You can copy the pieces but you can’t copy me.”

Hershberger has put in more than just time to develop her new line. She has established her own company, Sally Hershberger Professional Hair Care, which has been financed by herself and several silent investors.

One executive at a mass hair care company said while it bodes well for the category if Hershberger’s line performs, he has not seen consistent success in the semiprofessional category overall.

“Consumers are more savvy than to buy something with someone’s name on the bottle. It has to be smarter than that. Marc Anthony, Charles Worthington, Samy don’t really represent a real point of difference. It is just designer. It is played out.”

Information Resources Inc. data shows that sales of some semipro brands have hit a snag. For the 52-week period ended Dec. 19, sales of Samy hair care products fell 3 percent to $27.6 million. Other brands, while showing increases, don’t have much of a presence in mass, such as Charles Worthington, which grew 12 percent to $6.5 million, and Marc Anthony, which grew 12 percent to $11.9 million. Christophe of Beverly Hills is also reportedly being scaled back at CVS stores.

“She is known by people in the industry and by her Sheer Genius/Bravo appearance. But I don’t know if the woman on the street knows who she is,” he said.