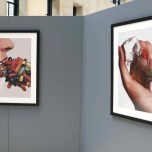 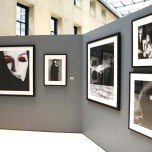 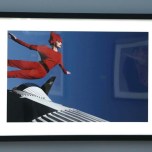 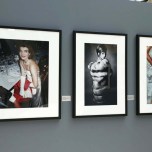 HEARST’S ‘EDITOR’S EYE’: There is a tucked-away space in New York’s Hearst Tower, just above the small auditorium and overlooking the elevator banks, that is devoted to special exhibitions. Michele Morgan Mazzola, a former editor at both Town & Country and Harper’s Bazaar, curated an upcoming exhibit, “The Editor’s Eye,” which is a retrospective of both rare and celebrated photos from 1948 to 1992, when her husband, Anthony, served as an editor of glossies.

Anthony Mazzola, who died in May at age 90, started at T&C as an art director, eventually becoming editor in chief of the magazine in 1965. Seven years later, he became editor in chief of sister magazine Harper’s Bazaar. During his tenure, he worked with some of the great photographers of the day, including Slim Aarons, Jerry Schatzberg, Francesco Scavullo, Rico Puhlmann, Richard Avedon, Bill King, Matthew Rolston and Harry Benson. The photos in the exhibit, which opened Thursday, include early portraits of Madonna, Naomi Campbell’s first nude photo, Cary Grant and Dina Merrill, Michael Lerner and Ernest Hemingway, and a 21-year-old Whitney Houston and Jacqueline Kennedy, as well as innovative editorial shoots for the beauty, fashion and society pages of the Hearst-owned magazines.

As Mazzola stopped to admire a Bill Silano-shot photo of a woman in red who seems to be flying alongside the wing of a NASA spaceship, she told WWD that about 90 percent of the exhibit’s 67 photos did not have negatives and were produced from archival images from the two magazines. Asked how these photos could still remain current and fresh, Mazzola noted that, back then, “there was less competition” among photographers, which gave way to a collaborative environment.

“They all used to hang out in the same building,” she said. That building happened to be the shared offices

of Bazaar and T&C when the titles were located on Madison Avenue and 56th Street.

“A lot of these photographers were well trained, and they shared a lot of that information,” offered Mazzola. “They paid their dues.”

That’s not to say photographers today aren’t talented. The former editor explained that technology has sped up the process of creating an image and that much of the emphasis is now on post-production work.

“Maybe they just don’t have the time? It’s a rushed world,” she said, adding that a compelling photo needs to have some edge.