The punk rock band will star in the designer’s spring advertising campaign. 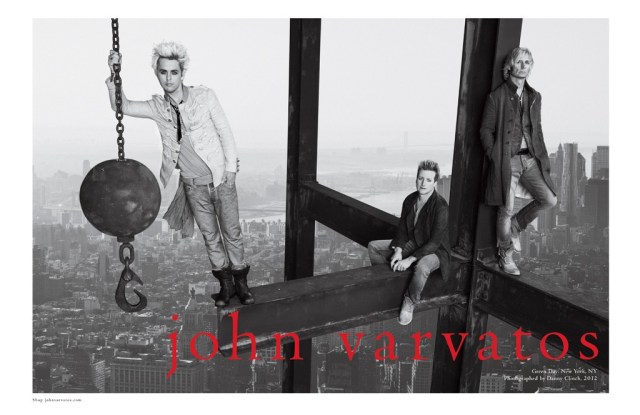 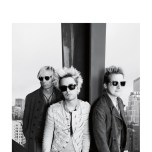 HIGH TIMES: John Varvatos has tapped punk rock band Green Day for his brand’s spring advertising campaign. The music-obsessed designer turns to a different entertainer each season to serve as the face of his brand, including The Roots, Cheap Trick, Alice Cooper and Iggy Pop. The latest campaign was shot by Danny Clinch and features band members Billie Joe Armstrong, Mike Dirnt and Tre Cool perched high above the Manhattan skyline in shots that reference Philippe Petit’s daredevil act in “Man on Wire” and Charles C. Ebbets’ classic 1932 photograph, “Construction Workers Lunching on a Crossbeam.”

Stephen Niedzweicki, creative director of Yard, said: “We were moved by ‘Man on Wire,’ where a man traverses a tightrope illegally rigged between the World Trade Center’s Twin Towers, 110 stories up. It’s portrayed in such an inspiring and beautiful way, but there’s so much danger and rebellion involved. It’s also incredibly rock ’n’ roll to go to any lengths to have the best view of New York City — and to be so high.” The images will be featured on the Varvatos Web site starting on Friday.

This story first appeared in the January 5, 2012 issue of WWD. Subscribe Today.
You're missing something!
SUBSCRIBE NOW