For the next three days, the publication will turn its web site into a makeshift television channel, streaming DJ sets, performances and panel talks that celebrate the art form of jazz.

LONDON — With concerts and music festivals around the world canceled, Highsnobiety has been coming up with solutions of its own: One has been to create a “global living room” where creative communities can get together digitally and share the music they enjoy.

Cue a partnership with the famed Newport Jazz Festival that will see Highsnobiety’s web site transformed into a public access television station for the next three days, complete with nostalgic graphics, a new mascot and line of merchandise.

“Those are the ingredients for being a streetwear designer, or any other kind of creative operator today. And I think that’s the reason why so many designers and members of our creative network love jazz.” 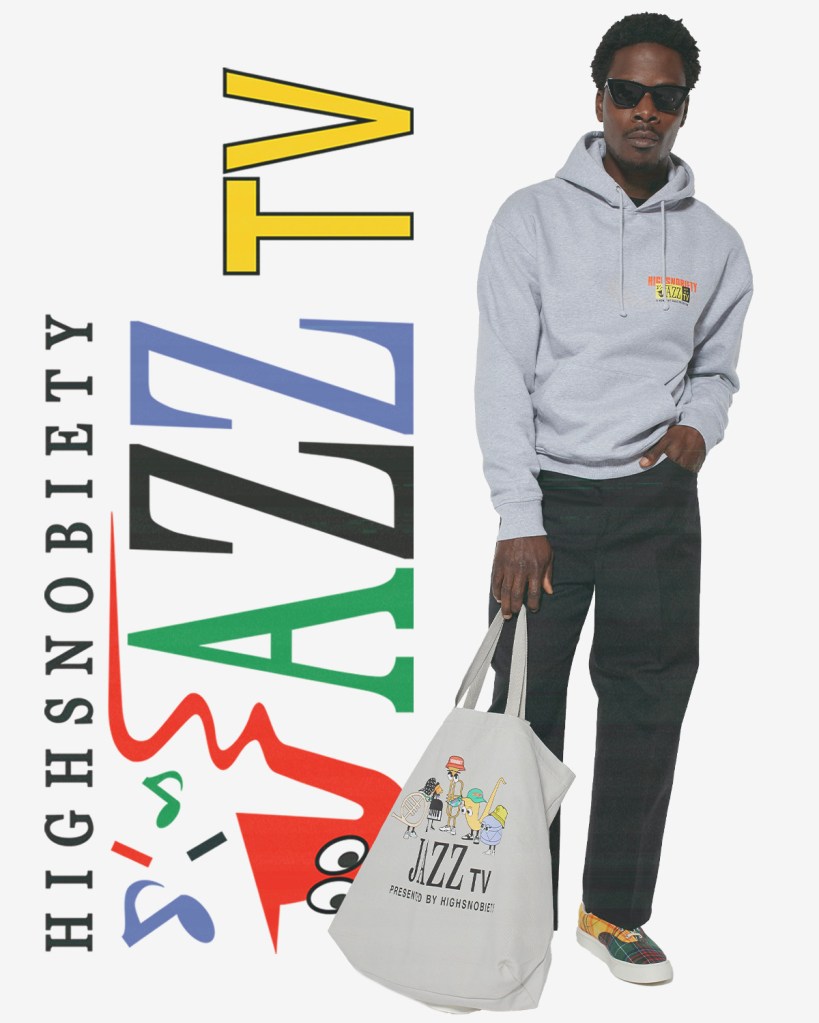 “When cable TV was first invented, there was this huge utopian promise that the public would be able to self-broadcast rather than only passively receive network broadcasts. In the strange time we’re living in today, we’re now experiencing a version of that ideal through the Zoom calls and Instagram Lives, which have become part of our daily routine. With Jazz TV, we wanted to just push that idea even further, and create what we’ve been calling a ‘global living room,'” Bettridge added.

The media firm has lined up an array of creatives from across the fashion and music worlds for the occasion, who will all participate by way of performances, DJ sets and panel talks.

Virgil Abloh, Alex da Kid and Toshio Matsuura will be spinning for the makeshift station; Charles Lloyd and Tremain Emory will be performing; while Christian Scott, Nubya Garcia and Marcus J. Moore will be taking part in fireside chats.

Highsnobiety is also planning to use the Jazz TV platform to raise funds for the Newport Festival’s Musicians Relief Fund, a nonprofit initiative providing relief to jazz and folk musicians whose incomes have been compromised as a result of the COVID-19 pandemic.

“Musicians are facing incredible challenges right now. Without live touring they need as much help as we can give, so we’re thankful for the opportunity to introduce some of our favorite Newport Jazz family musicians with the Highsnobiety community,” said Newport’s chief creative officer Christopher Capotosto.

A portion of proceeds from the Jazz TV capsule collection, which is set to drop today on the Highsnobiety e-commence platform, will go toward the relief fund.

“We wanted to express this sense of fandom and allegiance with our apparel drop for the project, which is inspired by festival merch. Sharing in cultural moments through these kinds of clothing artifacts is such a big part of streetwear,” added Bettridge. 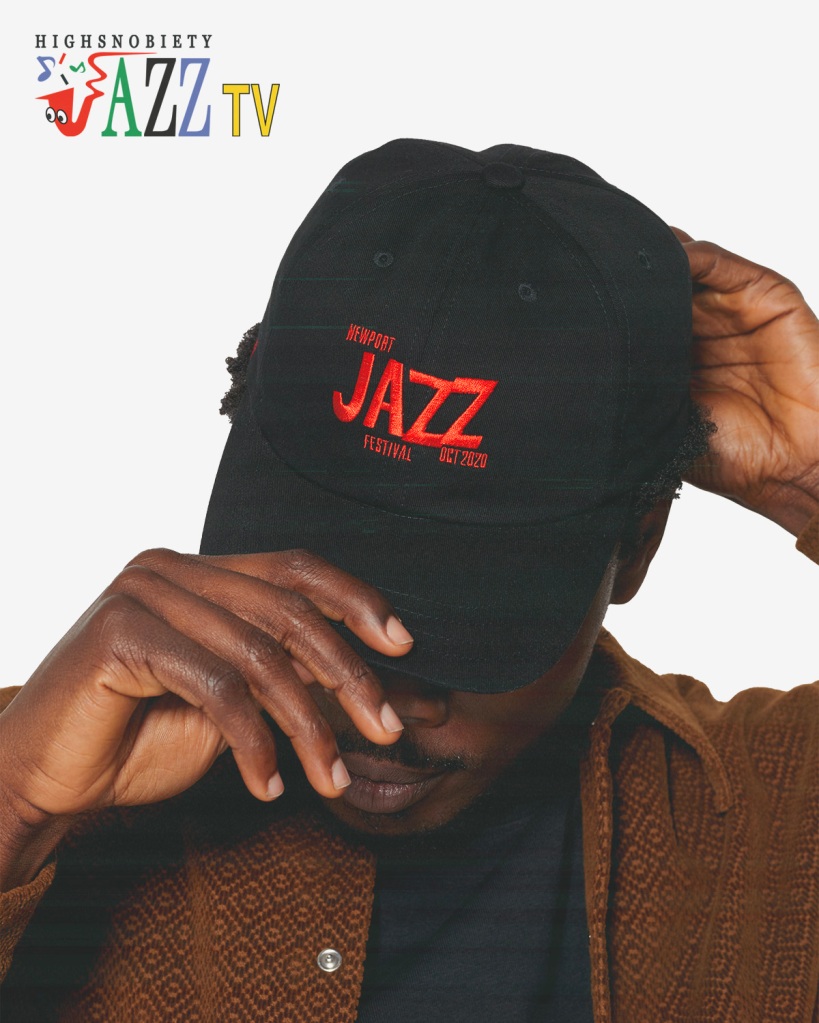 The project launches at a politically charged time in the U.S. in the wake of the Black Lives Matter antiracism protests and ahead of the presidential election next week. It will also aim to highlight the more revolutionary aspects of the genre, which has been linked with the civil rights movement in the Sixties.

This continues the narrative Highsnobiety has been standing behind, that an interest in fashion, streetwear and all things creative goes hand-in-hand with political awareness.

“This spring, our team launched a vertical for Black Lives Matter, and it came with a collective affirming of the idea that the aesthetic and the political are inseparable — you can’t be a casual fan of fashion without being invested in the struggle for freedom and equality for those who create it. Similarly, but different, part of being an aficionado of the style world involves understanding and respecting the references within music and art that serve as a creative power source for fashion,” said Bettridge. “It all comes back to interconnection and maintaining the bonds of public life and the artists who enrich that public life. Somewhere out there, someone in their living room is playing beautiful music that would make you cry if you heard it. And for these three days, you get to be in that living room.”

Responding to the changed landscape, Highsnobiety has been shifting its focus to project-based work, creating its own calendar of events and content in direct dialogue with brands, but not just as an observer.

Earlier this year, it unveiled Not in Paris, in place of the canceled Paris Fashion Week Men’s, a fashion week-cum-art-fair concept that brought together luxury, streetwear, art, music, architecture and even fine wine, under one digital roof. 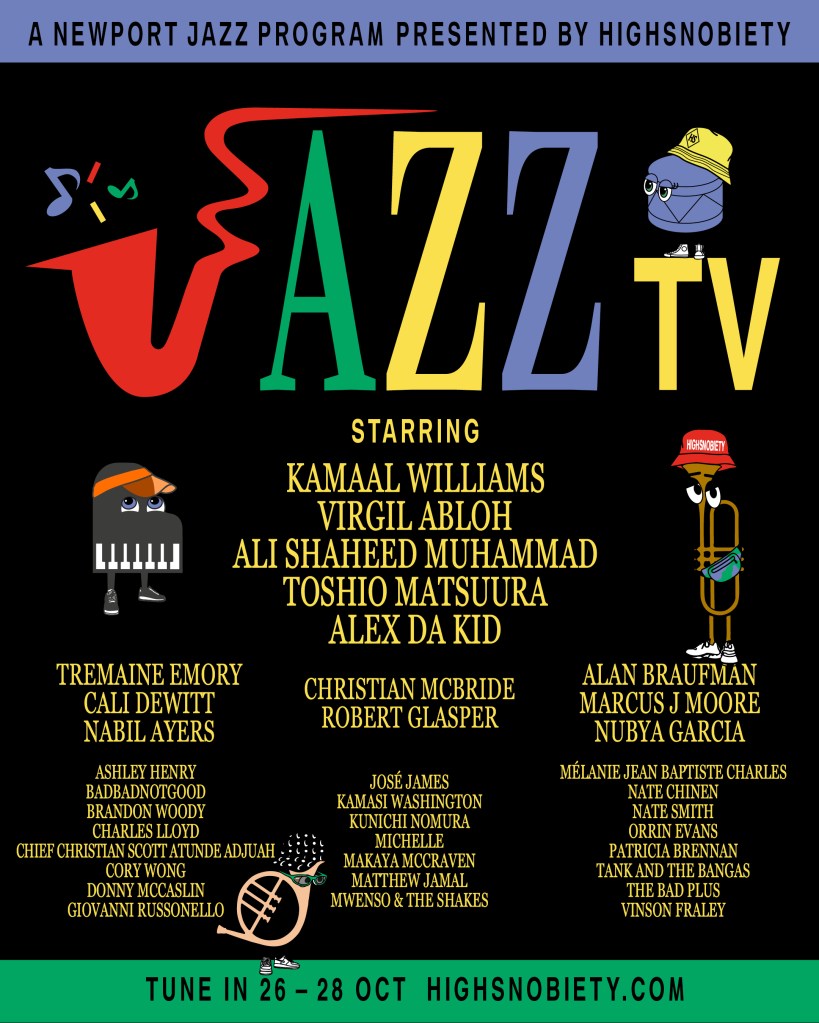