Hunger magazine issue 18, with Christopher Wylie and Margaret Qualley on the cover.

LONDON — Hunger magazine is revealing issue 18 with a “no new clothing approach.”

The issue titled “The Future” is styled with old, vintage and secondhand clothing. The magazine said it is prioritizing its commitment to sustainability and innovation, and get better acquainted with the social and natural changes to come.

It recruited a team of stylists, designers and creatives who seek to repurpose, refashion and re-brand our relationship with clothes and beauty.

Rankin, founder of the magazine said: “It’s a return to a more teenage relationship with clothes, and for those lucky enough to isolate in comfortable conditions, we may find ourselves returning to some elements of our teenage selves right now — brooding and boredom and playing with our identity in our bedrooms.”

For example, the magazine invited Neesha Tulsi Champaneria who is committed to the DIY hacking, charity shop and repurposing aesthetic, to use clothes from charity shops in her hometown, Bradford, alongside a new wave of designers who are also embracing this aesthetic to spotlight India and the industry’s relationship with the supply chain.

“Whether it’s hacking designer dresses or rummaging through charity shops, we believe style should never have an expiration date,” Rankin added.

Rankin said the team started this issue as a way to examine their relationship, fears and hopes for the beginning of a new decade amid the COVID-19 outbreak.

“The shoots in the issue were the last shoots we did before going into isolation. That time of working together as a creative team in the studio feels particularly poignant now. It might be a while until we return to a similar way of working, and even if we do, our relationship to it will have changed. The self-imposed constraint of working with ‘no new clothes’ will be replaced with very real constraints,” he said. 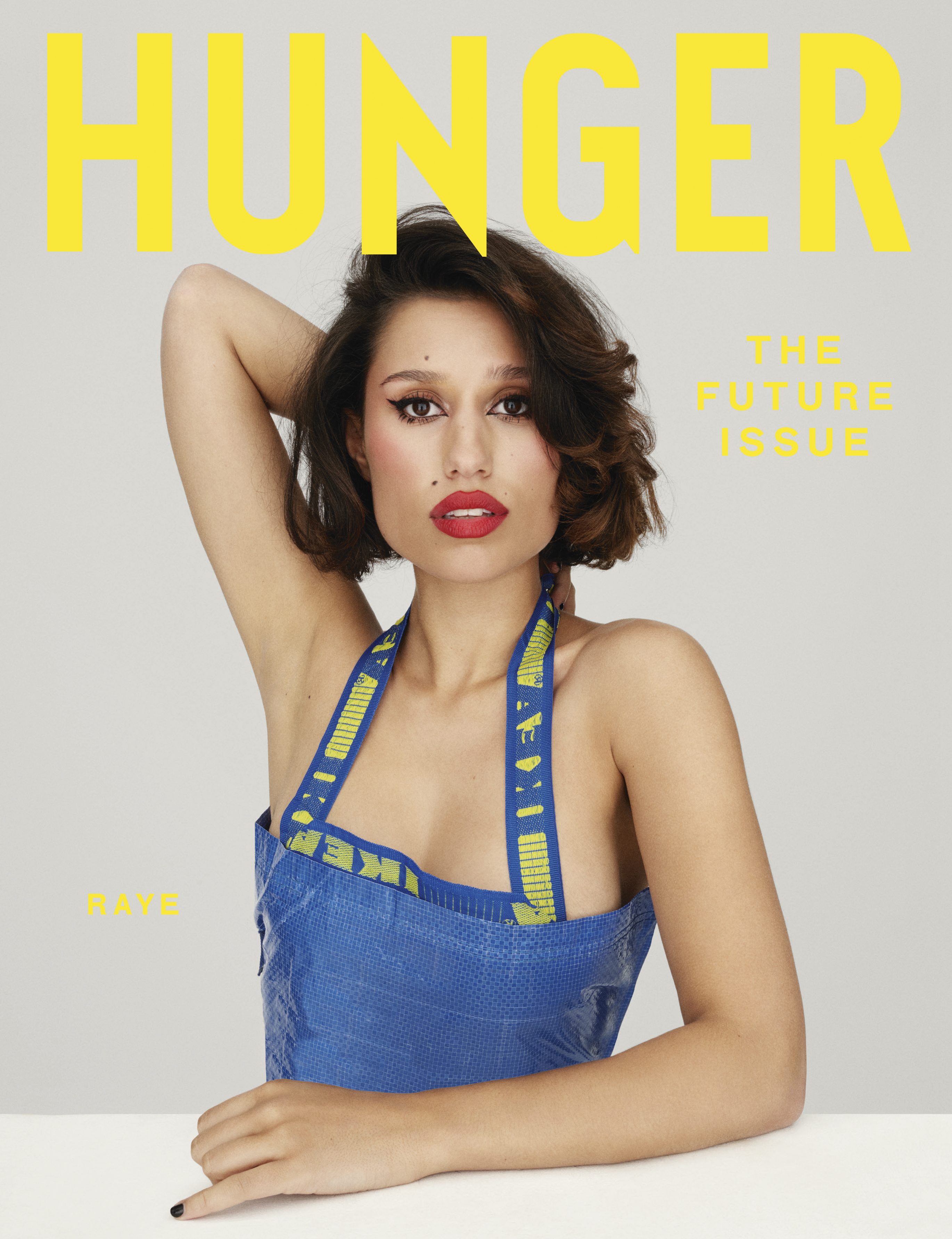 Hunger magazine issue 18, with Raye on the cover.  Courtesy Photo

On the cover, it features some of “the world’s most prolific change-makers,” including actor Margaret Qualley, R&B singer Raye, and the controversial whistleblower Christopher Wylie, who exposed Cambridge Analytica for harvesting the personal data of millions of people’s Facebook profiles without their consent and used it for political advertising in 2018.

“Wylie gave us his perspective on the future of fashion, and how legacy brands are ignoring the attack from Amazon Fashion, which is making inroads on how we dress and buy clothes. He says ‘I don’t give a f–k about what Raf Simons is doing, I give a f–k about what Jeff Bezos is doing’, and likens Bezos to the next Anna Wintour,” Rankin said.

The issue also profiles a group of “un-fluencers” who are helping to shatter the glass ceiling in 2020 and beyond. These include writer Nathalie Olah, model and environmental activist Emma Breschi, prison reform advocate Carl Cattermole, period poverty campaigner Amika George and fashion designer Priya Ahluwalia.

Rankin also thanked his printers who continued to print the issue while the U.K. went into lockdown. “Printing is a threatened industry but still considered an essential service something to think about as we consume our digital daily content and may miss the media you can touch,” he added.

The new issue is also available to download for free from its web site.