The launch is an early test on the part of the brand — and another sign of how the digital world is impacting the way fashion brands reach consumers. 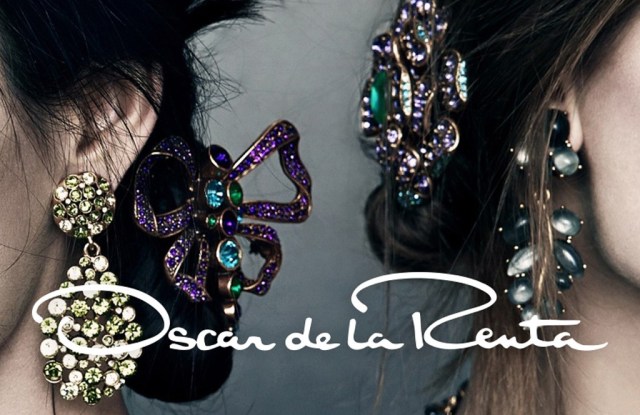 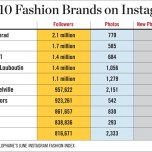 Oscar is going to Instagram before he’s going to Anna.

Consumers who follow OscarPRGirl on Instagram, and are plugged into the company’s Facebook, Twitter and Tumblr pages, will get their first look at Oscar de la Renta’s fall ad campaign today on Instagram — weeks before the September issues of Anna Wintour’s Vogue or Elle, Town & Country, WSJ. Magazine, Departures, British Vogue and Tatler hit.

This story first appeared in the July 24, 2013 issue of WWD. Subscribe Today.

It’s an early test on the part of de la Renta — and another sign of how the digital world, and Instagram’s photo and video sharing platform in particular, are impacting the way fashion brands reach consumers.

“One can measure clicks and see how much the cash register rings,” said Alex Bolen, Oscar de la Renta chief executive officer. “Are we making decisions based on that today? Yes. Is it at this point a radical departure from past practices? No. But could experiences like this, if they are successful, lead to big changes? Absolutely.”

The fashion house will release its fall ad campaign via the OscarPRGirl’s Instagram account, where the brand’s social media personality — also known as senior vice president of global communications Erika Bearman — has more than 175,000 followers. Following the initial Instagram post, the full-size ad campaign images will be promoted on the brand’s social media channels — where it collectively has about two million followers. There’s also an e-commerce tie-in: A presale functionality on digital flagship oscardelarenta.com will launch simultaneously so users can shop the ad campaign.

While the full implications of the digital revolution on marketing remain to be seen, social platforms can have the potential to amplify a brand message in a more cost-effective way than traditional advertising for fashion brands. A print ad can cost tens of thousands of dollars, while the cost of sharing a photo on Instagram is essentially the salary of the person managing digital.

According to Ketty Pucci-Sisti Maisonrouge, adjunct professor at the Columbia Business School who teaches the master class “Marketing of Luxury Products,” the fact that a luxury brand is introducing its ad campaign on Instagram proves that the industry now looks at marketing in a “360-degree” way. It’s less about a “print versus social media” mentality and more about tying everything together to create a cohesive brand message that hits all touch points.

“Oscar de la Renta is trying to position the brand among younger audiences, so that’s an interesting move, but I’m pretty sure all of the luxury brands will continue to advertise in Glamour and Vogue,” Pucci-Sisti Maisonrouge said. She added that a few years ago she thought digital was going to replace hard copy, but she has since changed her mind. “I don’t think it’s going to happen, at least not in the near future.”

Instagram, which is owned by Facebook, has quickly become a favorite of fashion brands accustomed to connecting with consumers visually.

For Bolen, the initiative has the promise of being “extremely measurable,” and the upside is that the ability to measure return on investment is immediate. From the get-go, the brand will be able to see — from the amount of clicks to oscardelarenta.com, to preorder sales and impressions across platforms — exactly how successful the program is in real time.

“Fundamentally what you’re asking is, how do we get our creative to work harder for us? Forgetting that it’s via a fairly new distribution mode, this is about creative working harder for us,” Bolen said. “That’s forever been a challenge for people in our business. We’re always reviewing our print buys. We’re constantly trying to figure out ways to better measure the return that were getting on our investment.”

The campaign, shot by Norman Jean Roy, was styled by Alex White with makeup and hair done by Gucci Westman and Orlando Pita, respectively. It features models Kate Bogucharskaia, Patricija Motiejunaite and Iris Van Berne, and the first image to be released will feature all three models wearing the brand’s costume jewelry collection — also one of the entry points into the brand from a price-point perspective, at $110.

“We will book more resources [to digital programs] if it works well, and less behind those that work less well,” Bolen said. “Whether this will lend it self to making those adjustments right away, we don’t know.”