The move could have major implications for the fashion world's digital efforts. 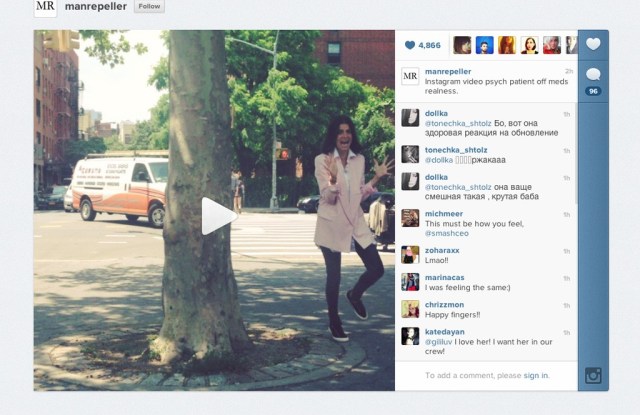 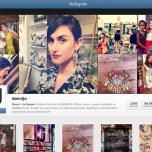 NEW YORK — Instagram said Thursday it would integrate video into its platform in a move that could have major implications for the fashion world’s digital efforts.

At a press event at Facebook’s headquarters in Menlo Park, Calif., Instagram cofounder Kevin Systrom revealed that the platform will launch 15-second videos for iOS and Android devices, 13 custom-designed filters, the ability to select a cover frame and Cinema — a stabilization tool that eradicates wobbly video takes.

Instagram was acquired by Facebook for about $1 billion in April of 2012, and according to Systrom, 130 million people use Instagram on a monthly basis. In the little over two-and-a-half-years since its inception, 16 billion photos have been shared, and the platform sees over one billion “likes” every day.

The implementation of video will mark the first major evolution to the platform, and the industry is abuzz about the potential short- and long-term impact it could have on an increasingly social fashion and retail space.

This follows Twitter’s acquisition in October of last year of one-year-old social media entity Vine — which allows users to create six-second videos to share with followers — and the release of Vine for Android on June 3. Vine has more than 13 million users.

Topshop chief marketing officer Justin Cooke calls Instagram the most aspirational of all the social channels.

“Instagram is such a beautiful site, the nature of the tools they provide you with makes you set the bar higher and feel like you shouldn’t post bad pictures on there,” Cooke told WWD from Cannes, France, on Thursday. “They’ve [Facebook and Instagram] got the scale. You don’t have to be the first; you have to be the best. We already have a video for Instagram ready to post.”

Topshop has 1.06 million followers on Instagram, and following Victoria’s Secret, Nike and Forever 21 (with 2.08, 1.64 and 1.35 million followers, respectively) is among the most popular fashion brands on the platform. Cooke has observed that the Instagram user is the most engaged user of any social media platform. The volume of people who comment and “like” is significantly higher as a proportion of Topshop’s fan base — and this is a pattern he’s seen across most brands. Topshop’s first video on Instagram got more than 2,000 “likes” within three minutes.

If Instagram has a platform where users can produce videos that have the same aspirational look and feel as still photographs for consumers, this means a lot of additional content from brands could be coming. For retailers and designers, it could be an even more profound medium for brand evangelists to engage with their followers.

“Now, everyone can be one of the best videographers or cinematographers in the world. Instagram turned everyone into a photographer overnight. If they can do that with video, it will completely democratize a whole industry and the way people view content,” Cooke said.

Online videos — especially those living on YouTube — have started to result in significant return on investment for brands like Topshop and even Chanel and Calvin Klein.

Calvin Klein chief executive officer Tom Murry told WWD last month that its “Push Positive” campaign, featuring a video starring Lara Stone that garnered 11 million views on YouTube and 450 million impressions, resulted in the biggest bra launch in the brand’s history. Calvin Klein has yet to join Instagram, but the brand is on Vine and kicked off a Super Bowl campaign with videos on the platform.

However, for Sucharita Mulpuru, vice president and principal analyst at Forrester Research, the jury is still out about the effect Instagram’s implementation of video will have on brands and retailers.

“Adding video on top of it doesn’t really change the story in a huge way because retailers are just trying to figure out how static 2-D images can enhance their businesses. That book has yet to be written still,” Mulpuru said, adding that when she looks at the opportunity for brands, it’s sometimes the younger brands — like five-year-old accessories line Dannijo — that are finding success through Instagram rather than established companies.

She does view this addition to Instagram as another format for digital agencies to “show their chops.” She believes digital agencies will be the big beneficiary with this rollout as they now have an additional platform to accelerate the adoption and growth of products. But for retailers — what Mulpuru calls organizations where “not everyone has even found blockbuster success from any social networks in general” — it remains to be seen how successful video will be.

“They [Facebook and Instagram] need to play in video, and this is a way to play in video. They know the young audience loves Instagram, so [they said] let’s introduce this other feature that can help enhance what already exists within Instagram.”

However, the challenge with video is that it takes more time to view — and users can’t scroll through video the way they do images, Mulpuru said. But for her, it ultimately comes down to great content.

Charity: Water, a nonprofit group dedicated to bringing clean drinking water to those in developing countries, was included among the featured users during Systrom’s keynote speech. The organization, which has 115,000 followers, released its first video on Instagram with a woman from India — the next country Charity: Water will move into.

According to Charity: Water director of digital Paull Young, one of the most important functions of Instagram is allowing the people who support the organization to see the impact they are making.

“We always talk about how we can shrink time and shrink distance — and how we can connect our donors and our fund-raisers and the people that benefit from clean water in the field. Video just lets us go deeper,” Young said.

Two-year-old Olapic, a technology solution that melds content generated via social platforms and the e-commerce experience, works with clients such as Nasty Gal, Coach and Lululemon to increase cost-to-conversion rates through Instagram. Through analyzing and connecting user-generated content from various social media with the e-commerce experience, Olapic estimates it will generate at least $25 million for its clients collectively by yearend.

“Instagram was the first company who was really able to crack the code around photos and build a mobile experience that is really engaging for users. We pull in so much content from Instagram, [and] the content is so relevant to fashion and beauty. We see the conversion and the engagement and interactions with brands there,” Olapic cofounder and chief technology officer Luis Sanz said. “This will be game changing in the consumer space to create cinematic content relating to a brand that quite possibly will be more engaging than photos.”

With the addition of video on Instagram, Sanz predicts that the ROI here could be “massive.”

Shortly following the announcement of the function’s release, Leandra Medine of The Man Repeller posted three videos to Instagram, where she has almost 350,000 fans. The first — which features an ecstatic-about-video, blazer-clad Medine with a caption reading “Instagram video psych patient off meds realness” — racked up almost 5,000 “likes” in just two hours.

She contends that filming videos on Instagram comes more naturally because users are already familiar with the app. It’s a tool that can help leverage one’s existing audience on the platform — as well as reach new users.

“This is how a photographer must feel when they get a new camera. This is like a totally new social medium for me. And I don’t have to learn anything new,” Medine said, adding, “I really love Vine and I feel a little sorry for them because this will steal the show from them. I used Vine last fashion week.”

In terms of how it will affect the fashion world, she thinks the video functionality was rolled out at the perfect time.

“Fashion people have about three months to get themselves acquainted with producing videos on the app. By the time New York Fashion Week rolls around, people will be so used to making videos that it will overtake photos.”