The changes just keep coming at Interview, with more staff appointments and yet another new look. 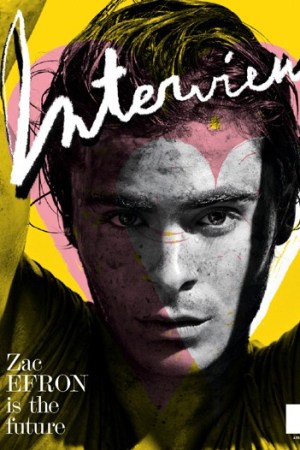 PUSHING THE RESET BUTTON: The changes just keep coming at Interview, with more staff appointments and yet another new look. The April issue will unveil a different logo and layout crafted by new design team M/M Paris (the handwritten logo is actually influenced by the logo used in the Seventies). The duo took over in February after Interview parted ways with co-editorial director Fabien Baron and creative director Karl Templer, and clearly M/M Paris has wasted no time in undoing the work Baron and Templer had done. They’d introduced their own new look for the title a mere eight months ago. Interview also named Joe McKenna as fashion director to replace Templer. McKenna had been a freelance stylist working on various fashion and lifestyle titles.

The new sales executives will have a challenge ahead of them even steeper than most in this tough economy: Interview’s ad pages dropped 27 percent through 2008, to 656, and another 38 percent through the first quarter, carrying 114 ad pages.

SECOND LIFE FOR DRESS OF THE MOMENT: For a teenage girl, often the most important part of prom is getting the perfect dress. But during tough economic times, big-ticket fashions are often passed over — and magazines are scaling back consumer marketing programs left and right. Bucking both trends, Modern Bride and Hearst Magazines’ digital division have launched programs that will give prom dresses to young teens in need while connecting their readers and marketers to charity.

Modern Bride last Friday launched Project Bridesmaids, where young women donate their old bridesmaid dresses and formal gowns to Planet Hope, a charity run by Kelly and Sharon Stone (yes, that Sharon Stone). The charity will give the gowns to high school students nationwide who need dresses for the big dance.

“You know that every woman has at least one bridesmaid dress in their closet,” said Modern Bride publisher Jennifer Hicks at the kickoff event, also attended by “Gossip Girl” actress Kelly Rutherford, who donated an Alice + Olivia dress, and Kim Raver from “Lipstick Jungle.” Raver donated an “accessible and appropriate” Vivienne Tam dress. “I didn’t want it too long or too short and have some mother or father really angry at me,” she said. “That night, for a teenager, you remember for the rest of your life, so I wanted something Cinderella-esque.”

The event included a silent auction that evening of celebrity dresses donated by Beyoncé Knowles, Fran Drescher, Jennifer Hudson, Queen Latifah, Eva Longoria Parker and Julia Roberts, among others. On Saturday, more than 700 dresses were donated that were then available for 80 young girls from several local high schools. Modern Bride also roped in new advertisers Elizabeth Arden and Cuisinart, and re-signed Maybelline after many years of the brand sitting out the bridal category. Maybelline saw it as an opportunity to have consumers try its new Superstay line of makeup, and brought celebrity makeup artist Chuck Hezekiah to give makeovers.

Meanwhile, Hearst on Saturday will launch nationwide Donatemydress.org, a network of local organizations that collect slightly worn prom dresses. An event with celebrity spokesperson, “Twilight” actress Ashley Greene, will be held at Saks Fifth Avenue’s New York flagship, and the retailer will also have drop-off boxes at its stores nationwide through March 31. In that time, participants will receive a 20 percent discount on purchases throughout the store.

Saks advertises in Hearst’s fashion magazines but not in its teen titles or Web sites, and believes the program is an opportunity to reach younger consumers. “We have a strong special-occasion business, but young women attending prom are not our typical customers,” said Kimberly Grabel, Saks’ senior vice president of marketing. “We love this organization because the idea to share something as emotional as a prom dress with girls who can’t afford [one] was a very strong tie-in for us.”

Hearst will also launch an online auction on CharityFolks.com, where through March 27, teens can bid on prom dresses donated by Miley Cyrus, Taylor Swift, Eva Amurri, Nikki Blonsky and others. All proceeds will benefit local chapters of Donatemydress.org.