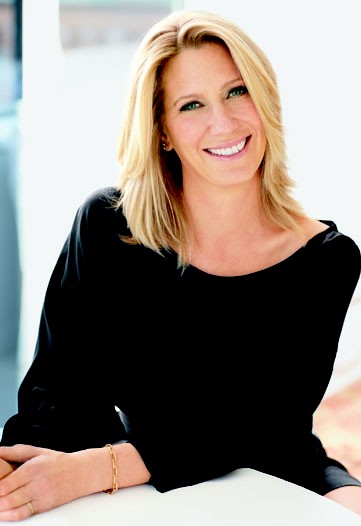 A year ago at this time, three ex-magazine editors in chief who saw the worst of the print collapse when their titles folded had moved to reinvent themselves in the New Media world.

Pilar Guzman, who lost her Cookie magazine in 2009, was developing a business plan to start a Web site called Momfilter.com; Deborah Needleman, whose Domino was folded by Condé Nast that same year, was developing an e-commerce site with Huffington Post co-founder Ken Lerer, and Brandon Holley, who was editing Jane when it folded, was a couple of years into a job at Yahoo and bringing in more than 25 million unique visitors a month to her vertical, Shine.

It looked like the future. These three women were going to reinvent themselves as Web stars. It was certainly the trend throughout the media industry. Tina Brown, shortly after starting the Daily Beast in 2008, vowed that she “would never work in print again.”

“I didn’t think I would have a job in 10 years if I stayed in magazines,” said Holley.

But over the last year, a funny thing has happened. Guzman gave up hope that her start-up would become a real business and started a job as editor in chief of Martha Stewart Living on Monday. Needleman lost excitement for her start-up and joined the staff of The Wall Street Journal, launching its new weekend sections and eventually taking over its glossy supplement WSJ. Holley left Yahoo and its robust Web traffic to rejoin Condé Nast as editor in chief of Lucky. And then there’s Brown — her second issue of a relaunched Newsweek hit newsstands this week.

It depends on who you ask. Maybe it’s a matter of returning to a line of work you’re used to. Maybe the Web’s ascent and print’s decline is happening a bit more slowly than originally thought. Maybe the only money to be made these days is in print or some tablet-Web-print hybrid. Whatever it is, it appears the old-fashioned print world has a little left in the tank.

“I think people have learned now that print is not a dead business,” said Holley.

“Yes, of course, [print] is where the money is,” said Guzman. “We haven’t weaned ourselves off of that yet, but maybe we shouldn’t. Everyone is like, ‘It’s all digital! It’s all digital!’ but I think it will always be a mix, at least for a while.”

“Yeah, very few people are making money off of editorial content on the Web,” said Needleman.

Guzman said shortly after Cookie folded, there were a few investors who were interested in the idea of turning Cookie — which had a lot of buzz and sort of a cult following — into a Web site. But, she said, they didn’t seem to understand what made a good editorial product. The more she had these meetings, the more she got the heebie-jeebies.

There was also the fact that she was still getting distracted by things that — oh, right! — paid her (“You get sidetracked with projects that are actually paying you”).

Around the same time, Needleman was building her e-commerce site with Lerer, and after having gone through the gut-wrenching experience of watching a magazine that she built from the ground up suddenly shutter, the idea of having full control seemed pretty appealing.

“I did have a sense that I don’t ever want to work that hard again without being an owner,” she said of her time at Domino.

Her start-up was moving along nicely, too. There was a term sheet drawn up with Condé Nast that would allow Needleman to use the Domino name for the site. But then her interest petered out.

“It was a highly editorialized e-commerce site centered around decorating and the home, which, at the end of the day, no matter how editorialized it is, it’s a commerce business,” she said. “And frankly like retail, distribution, returns, warehousing, margins? I was not waking up passionately thinking about those things. It is not my expertise. It stopped being exciting to me. The editorial stuff is what excites me. Getting super rich would have been exciting, too! But I wasn’t waking up excited waiting to tackle it.”

She told Lerer that she didn’t want to do it, and she took The Wall Street Journal job editing the Off-Duty section and WSJ. magazine shortly thereafter.

Unlike Needleman and Guzman, Holley spent several years on the Web with Yahoo and she adored the no-frills lifestyle of digital life and the incredibly massive audience she was reaching. When she was approached to take over Lucky, she wasn’t thrilled. She said that she did “not want to go back to print.”

“When I started to talk to [Condé Nast editorial director] Tom Wallace, at first I was like, ‘Oh geez, I don’t think I can do that again,’” she said. “But then we just started to talk and it occurred to me this could be amazing.”

She also began to realize that print had some advantages over her channel online.

“There’s nothing like a print magazine to tell you this content is vetted, there’s an army of people behind it and we stand behind it,” she said. “When I joined Lucky and people were like ‘Oh, they’re just going to close the print,’ I was like ‘No! That’s why I took the job.’ If not, I’m just another Name-Your-Women’s Site. It’s because of the print we have this trusted brand thing that’s going to take years and years for the Web to establish.”

It also doesn’t hurt to have a staff.

“The whole print model allows me to have 30 women who trawl the market who find the best espadrilles for spring,” she said.

But what about Brown, who said that she would never go back to print?

And what does having Newsweek do to help The Daily Beast business?

“I think what everyone is realizing is that multiplatform, and certainly dual platform, is a greater commercial idea,” she said. “Advertisers like both forms. And they go well together.”

She added later, “It’s immaterial if print magazines are around in five years or not.”

But how is it immaterial? After all, Politico is sustained, in part, by a print business; Condé Nast still derives only about 10 percent of its revenue from digital; The Hollywood Reporter’s Web traffic can increase 868 percent in March, but no one will ever pay the equivalent for an ad on the Web versus what they will in the magazine.

“In general, it seems that ad rates for even the best Web sites still pale in comparison to the kind of money that can be made through a top-notch print product,” e-mailed Hollywood Reporter editorial director Janice Min. “The shift in spending doesn’t nearly equal the shift in consumption. Even with a robust Web presence, it seems every content provider is still looking to find another platform to bring in other revenue.”

Brown agreed. “You go with the times. If it switches to the tablet, that’s great, too. You have to be fluid.”

And that’s a point everyone is sensitive to.

And they also can have a sense of humor about it. Needleman wondered if there was anything that seemed more “regressive” then abandoning a start-up to go to a newspaper.

“Could it possibly be any more old-school?” said Needleman, talking about her job at the Journal. “It’s practically 19th century. And that’s what was interesting. It was yet another format. Wow, the broadsheet, what can I do with that?”

She went to the Journal because she was very into the idea of building a section from nothing.

But there’s also one other essential truth about these moves: “What we’ve all done here is say yes to a paycheck,” admitted Needleman.