The new series will feature 13 contestants who previously appeared on “Project Runway” but failed to win the grand prize. 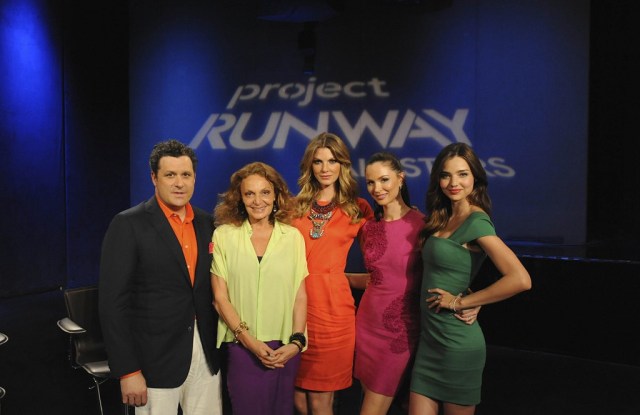 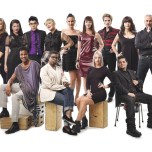 MAKING IT WORK: It was a lucrative move for Michael Kors and now Isaac Mizrahi is ready for his very own Lifetime moment.

Mizrahi is one of the judges on “Project Runway All Stars,” a new series kicking off Jan. 5 on Lifetime Television, featuring 13 contestants who previously appeared on “Project Runway” but failed to win the grand prize.

“You learn as much as you teach in these situations,” Mizrahi told WWD. “I saw some incredible talent. When you’re only speaking about their work, you’re making notes about your own work. There’s something about the naked truth of their presenting their clothes that they’ve designed. It teaches you about your own work and your own process.”

Although the series shares the same premise of putting the contestants through fashion challenges, there is a completely different cast than “Project Runway,” which will begin its 10th season this June with regulars Kors, Nina Garcia, Heidi Klum and Tim Gunn.

“All Stars” is hosted by model Angela Lindvall, who steps into Klum’s role. Georgina Chapman, co-founder and designer of Marchesa (and Harvey Weinstein’s wife), joins Mizrahi and Lindvall as judges, and Joanna Coles, editor in chief of Marie Claire, serves as the mentor, filling Gunn’s shoes. Both shows are produced by The Weinstein Co.

“I have to say it was such fun to do. ‘Project Runway’ is such a great brand, and they have such a distinct point of view,” he said. He explained that the show is more about the creative process than any show he’s done. “I think that’s what people love watching, that process. They really do deliver that better than any other reality show.” Mizrahi was previously co-host of “The Fashion Show” on Bravo.

There is no question “Project Runway” has built an avid fan base. In season nine, it was the number-one reality competition series on ad-supported cable among women. Season nine averaged 2.9 million total viewers on Lifetime TV.

Mizrahi said he’s known Lindvall since she was 16, and got to know Chapman. “She [Chapman] is very dignified and deeply involved with responsibility. It’s a good deal of responsibility to tell someone what you think of their work when they’re feeling so vulnerable. She and I bonded on a few issues and e-mailed back and forth about whether we made the right choice,” said Mizrahi.

Asked whether he was a kind judge or a tough judge, Mizrahi replied, “I don’t think any of us were typecast as kind or tough. I think we were really honest. I vowed to myself, I would listen, more than talk. [The contestants] are so vulnerable and much younger than me, in a lot of cases, and in a way, it’s like a teaching position. You do want to be very careful. It was very important when I addressed them to look them in the eye and tell them honestly what I thought in a way that would affect them positively. It’s constructive criticism. I have received some great constructive criticism from people in my life before, and it really works. It really helps. When they’re bitchy and crazy and aggrandizing, you’re just not going to listen. I have no ax to grind. I was just looking at clothes and saying what I thought. Sometimes you may have to say, ‘Hey, that really doesn’t work, or that looks terrible.’’’ One of Mizrahi’s favorite challenges on the show was when the contestants had to find a muse on the street, get the clothes off their back, and make them new clothes.

“All Stars” is offering the most lucrative prize package to date in “Project Runway.” The winner will receive an exclusive designer boutique in select Neiman Marcus stores and on neimanmarcus.com; $100,000 in technology and office space to help expand their business from HP and Intel; $100,000 cash from L’Oréal Paris; a feature spread in Marie Claire, for which he or she will serve as a guest editor for one year, and a sewing and embroidery studio provided by Brother International.