Content production, events and influencers incubators are seen as key to staying relevant.

In order to stay relevant — and in hopes of tapping into new audiences and boosting revenues — media outlets are seeking new opportunities to extend and diversify their businesses.

Fashion titles in Italy have adopted the approach, experimenting with different formats; by addressing the once-disregarded world of influencers; hosting lifestyle conferences and forums, and investing in content production sponsored by luxury and fashion brands.

Italy’s Grazia magazine last week launched the “Creative Lab With Riccardo Ruini” to generate content for brands. The Mondadori-owned magazine’s editor in chief Silvia Grilli told WWD that “brands have been asking us to develop concepts and campaigns for so long, either through advertorials but also in the form of real campaigns.”

Mentioning Italian contemporary fashion label Pinko as among the title’s clients, even before the Creative Lab was established, Grilli contended that “although the market is crowded with creative agencies, Grazia is able to do it faster, at a cheaper rate and can leverage an 80-year-long knowledge of end-users,” as well as connections with talents, models and photographers.

For the project, Grazia will collaborate with creative director Ruini, who has developed ad campaigns for the likes of Valentino, Diesel, Salvatore Ferragamo Parfum and Ermanno Scervino, among others. Grilli praised Ruini’s expertise, as well as his ability to “democratize the campaigns by making them accessible and fast-paced.” The magazine will rely on its editorial team’s expertise, as well as on freelancers. 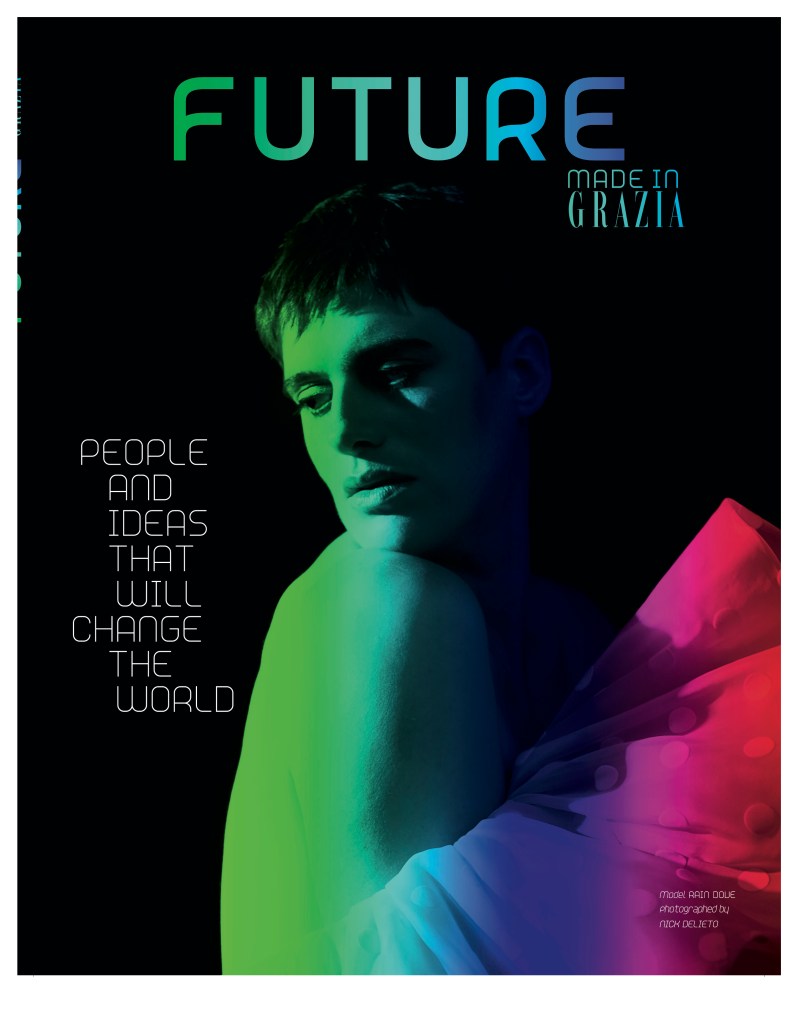 Hearst Italia also has been delving into content production by bolstering partnerships with luxury brands both via its own platforms in the form of branded content, and through a division called White Label, which debuted in 2016. The division serves as a creative incubator with a staff of 30 and offers communication solutions to brands.

“Our key strategy encompasses the ability to obsessively understand our audience, be passionate about the fulfillment of its needs — because in a digital world you really exist only if you are able to do so — and then a clear point of view. All these assets have contributed to make us distinctive,” Massimo Russo, chief digital officer Italy and Western Europe at Hearst, said in an interview at the publishing house’s headquarters in Milan.

The executive, who was appointed last December, praised the company’s editorial and technological assets, noting Hearst in 2018 scored the 10th spot in comScore’s ranking of the 20 most important companies, according to their digital properties. “It indicates that Hearst has moved from a traditional media company with excellent titles active in the luxury, fashion, beauty and lifestyle sectors to a company leveraging a strong technological backbone,” Russo explained, mentioning an integrated editorial system, a unique video repository — accessible across titles, countries, web sites and devices — with 1.5 million videos available, as well as a global advertising system.

Clients including Prada, Fendi, Safilo, Pomellato and Adidas have used Hearst’s services, according to Russo, who pointed to integration across platforms as a fundamental asset to success. “There’s no longer a dichotomy between what’s on- and off-line; we are a media company delivering our brands ‘onlife,’” he said.

Counting on three content studios in Milan, London and New York for branded content and special projects that are rolled out locally or internationally, Russo said the ability to conceive “custom-made content and leverage local competences carried out by the right person, with the right sensibility and mood for the client, have been winning assets for us.”

“It’s a sign of our Made in Italy attitude — after all, it’s our digital know-how,” echoed Luca Lanzoni, digital fashion director at Italy’s Hearst, who oversees the projects developed by the publisher’s content studio in Milan. In addition to the editorial sensibility, Lanzoni underscored the importance of “data-driven creativity, as we no longer see data as limits but rather as incentives to create content that can be useful for the end-user.”

According to Russo, the next step in content creation for Hearst will be greater implementation of the “data studio” format and enhancing its ability to deliver even more precise reports on the activities. Beyond data, he stressed that the target outlining is effective because of the “knowledge and bond with our community and a mutual trust with our readers. We’re in contact with real people, not clicks,” he said. “It enables us to deliver maybe a smaller traffic, but people addressed are already targeted.”

Over the past two years Condé Nast Italia also has branched out to address the crowded digital world. In 2017 it launched Shareable, a tool targeting brands seeking quality content to post on Instagram, while last year it introduced its first social media-based, advertising-free editorial project called LISA – an acronym for love, inspire, share and advise. In the last 12 months the platform has gained 216,000 followers on Instagram and more than 326,000 on Facebook 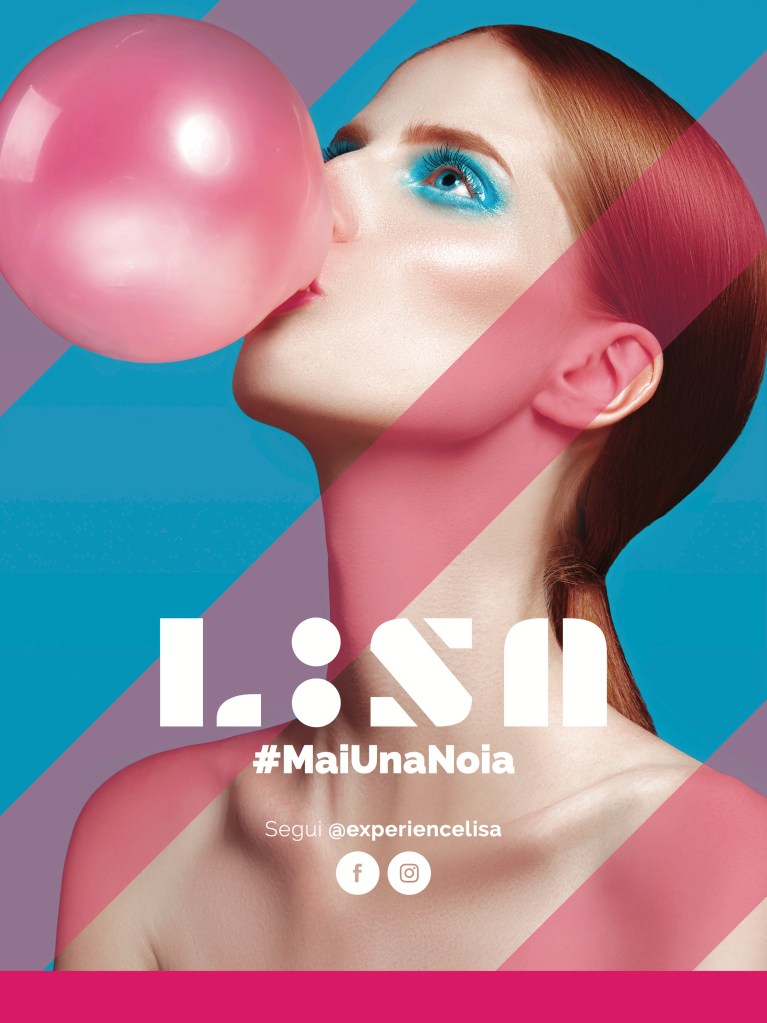 “Condé Nast has wonderful brands and this is important because it will allow us to approach the younger generation and create a link,” Fedele Usai, chief executive officer of Condé Nast Italia, told WWD at the time of the launch. “This is the first consumer-to-consumer project,” he contended adding “98 percent of Generation Z members and Millennials spend a lot of time on social media for information but, surprisingly, more than 78 percent of Baby Boomers are engaged on social media. So they all find themselves in the same places and using the same language.”

Channeling editorial efforts into different platforms — other than the magazine’s printed editions — is also core to Grilli at Italy’s Grazia. Despite having grown the title’s online reach to a monthly average of 3.1 million unique users on grazia.it and a total audience of 10 million users on its social channels, Grilli stressed the printed magazine remains the trailblazer for the Grazia brand. “Although the traditional advertising expenditure is being channeled elsewhere, what a magazine can still leverage is its brand. If we lose our strength in that we cannot move forward [toward other projects],” she said, adding the magazine’s business extensions are not supposed to fuel the title’s weekly editions, but rather to offer something different.

Fashion titles are also looking to the influencer-crowded digital world as brands are eager to collaborate with these personalities and media can serve as bridges to connect them.

Last year, Condé Nast Italia unveiled an incubator for social media personalities called Social Talent Agency, focused on promoting influencers. For the kick-off, the agency enrolled 27 Italian and international talents, some of whom graduated from the Condé Nast Social Academy. The latter was introduced in 2017 in partnership with L’Oréal Italia’s luxe division and with the educational support of Milan’s SDA Bocconi School of Management, to train a certified generation of influencers by teaching them the correct way to use social media, which includes quality content and respect for ethical standards.

“Consumers don’t see borders between journalists and influencers anymore,” explained Usai. “These are divisions we feel internally but the world outside is already marching at another pace.”

Once influencers were trained, it was only natural for Condé Nast to represent them through the Social Talent Agency. When the division was launched, Condé Nast sales and marketing general manager Francesca Airoldi said it “reflects our company’s attitude, aimed at innovating and remaining contemporary in a fast changing world. This is a further step highlighting the company’s ability to continue influencing communities through its brands, which will collaborate with the agency’s different influencers.”

A pioneer in bringing influencers on board when back in 2012 the magazine had its own digital “It” girls who collaborated on the title’s projects, Italy’s Grazia has also revised its format in 2017, debuting the Grazia Factory division to focus on “niche influencing,” Grilli noted. “The number of followers is not the only asset anymore, we’re more interested in the penetration within a niche of consumers and different context and territories,” she added.

Despite tapping influencers for a range of branded projects, Hearst sees the business opportunity from a different perspective. “I don’t really believe in the academies,” Russo pinpointed. “Rather than seeking for the latest buzzy person, you have to stay consistent, which doesn’t mean you need to reject the phenomenon but finding the right talent for each project.”

Lanzoni agreed, adding he usually selects digital personalities according to a “broader perspective: It can be a niche influencer, an international one, a photographer with a great following.”

“If you play an active role in the influencers-related business, you lack objectivity to make choices. We prefer to cultivate our independence and distance…without being compelled to choose from a certain group because we are stakeholders of that business,” Russo concluded.

Italian fashion media are alto tapping into the lucrative consumer-facing lifestyle conference game. Through its Vanity Fair title, Italy’s Condé hosted the inaugural Vanity Fair Stories event last November with Italian and international personalities from the fashion, music, entertainment, TV and movie industries. Free to the public, the festival was sponsored by automotive company Skoda, energy supplier Edison, and a number of other partners.

Hearst in Italy organized its first conference in 2016 under the name of “Elle active!,” which features free talks, coaching sessions and workshops focused on female empowerment across the two-day event. Last year, the conference attracted 6,000 people and generated online traffic across the magazine’s social media and web site. “The goal for such initiatives, which we call brand initiatives, is to channel our strongest values and leverage our credibility into the subjects we are experts about,” said Michela Alpi, Hearst Italia publishing director, luxury brands.

Alpi noted events represent “a great opportunity for our clients [partners] because we offer contacts, a context, content creation, as well as the ability to engage the audience in a valuable way by making them identify with our brands’ and our partners’ values.” Last year “Elle active!” was sponsored by a range of partners including Liu Jo, Huawei, QVC and Dermalogica, among others. The publisher organizes similar events for its other titles, including fitness-focused initiatives with Cosmopolitan and a model scouting program through Marie Claire.

“We’re able to create good conversion [rates], to reach a target who’s particularly interested in the partner brands’ products but also in the values they express,” Alpi added.

While the executives interviewed all acknowledged the potential of branching out to boost business, Italian fashion media still recognizes the importance of their DNA, which is rooted in strong editorial propositions and knowledge of readers.

“If you betray the audience to pursue economic return you are making a mistake because you are de-capitalizing your value, which sits in your titles’ brand. It’s the most important thing you have,” Russo said.

Grilli agreed: “The magazine needs to stand on its own, we cannot deplete the printed editions and we can proudly state that strong editorial content still brings advertisements in.”