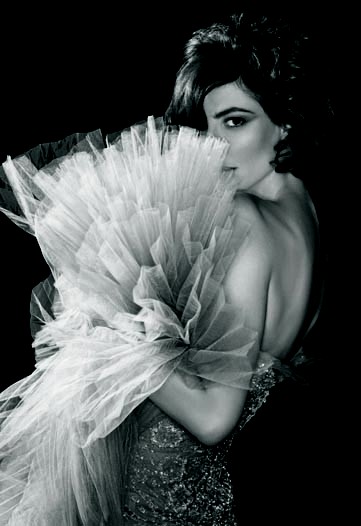 CALENDAR GUY: Karl Lagerfeld has done it again – produced a calendar for the Italian edition of Marie Claire, that is.

Reprising a project that debuted in 2009, the multi-tasking designer pointed his camera this time at two favorite subjects – actress and Chanel ambassador Anna Mouglalis and hunky model Baptiste Giabiconi – dressing them in a range of European cruise collections, a smattering of couture and a Fendi fur worn in Luchino Visconti’s “Conversation Piece” in 1974 and designed by – who else? – Lagerfeld.

The golden moments of Italian cinema are referenced across 25 pictures, with nods to the likes of Sophia Loren, Gina Lollobrigida and Marcello Mastroianni.

Thirty thousand copies of calendar, sold along with the January issue in deluxe packaging for 9.90 euros, hit Italian newsstands – and select bookstores abroad – on Dec. 16.