NEW YORK — Ivanka Trump’s ascent to political power in Washington, D.C., may have been electric, but the growth of her eponymous fashion brand in the past two years was definitively not. Lagging sales mired in ethical conflicts led to the closing of the Ivanka Trump fashion label, which was announced on Tuesday afternoon.

“When we first started this brand, no one could have predicted the success that we would achieve. After 17 months in Washington, I do not know when or if I will ever return to the business, but I do know that my focus for the foreseeable future will be the work I am doing here in Washington, so making this decision now is the only fair outcome for my team and partners,” said the first daughter and adviser to the President in a statement.

Here, a look at the turbulent times that plagued the now-defunct Ivanka Trump brand: 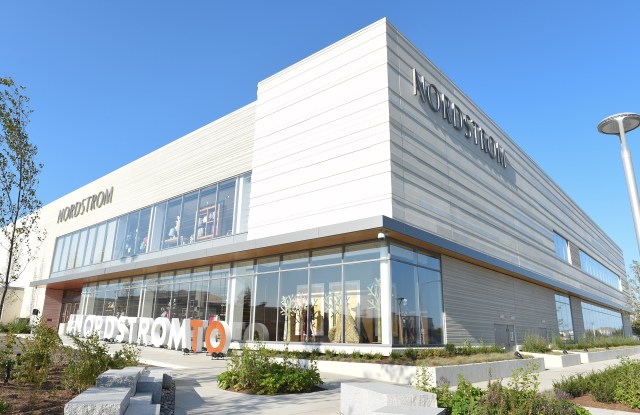 While c-suite executives at Apple and Starbucks were unabashed about their disapproval of President Trump’s immigration ban in February 2017, Nordstrom denied that the company’s decision to drop the Ivanka Trump fashion brand for fall was affected by political factors or the Trump administration’s recent executive order actions regarding immigration or any other policy measure.

“This was a decision made entirely based on brand performance,” a Nordstrom spokeswoman said. “We’ve said all along we make buying decisions based on performance. We’ve got thousands of brands — more than 2,000 offered on the site alone. Reviewing their merit and making edits is part of the regular rhythm of our business.”

Each year the retailer cuts about 10 percent and refreshes its assortment with about the same amount, she noted. “In this case, based on the brand’s performance we’ve decided not to buy it for this season.”

While Ivanka Trump’s fashion brand was getting a lot of attention during the election and after the inauguration, all the hubbub wasn’t translating into full-price sales online. WWD reported that discounting was rife online for the brand, with 44 percent of all Ivanka Trump products being sold at prices that are on average 49 percent off, according to Edited.

WWD asked the fashion-focused big data firm, Edited, which tracks more than 90,000 brands and retailers worldwide, to dig into the brand’s online standings given all the media attention it has received at the time.

Katie Smith, senior fashion and retail market analyst at Edited, said the brand has “low market penetration,” with almost half the goods that arrived in the online market between the start of 2015 and mid-2016 ending up being discounted by 60 percent or more. On average, 10 percent of goods in the U.S. see such steep price cuts.

“Ivanka Trump doesn’t rank highly on the lists of most-stocked brands at department stores — Jessica Simpson’s brand out-stocks it, for example,” Smith said. “The Ivanka Trump line is not such a high-performing brand that retailers will forfeit large profits by scrapping it. It’s too early to tell if the brand will struggle due to the recent boycotting — and that’s in part because it’s now linking to its stockists via its own web site, which it was not back in October.”

In March 2017, The White House argued that Kellyanne Conway’s public endorsement of Ivanka Trump’s brand was not intentional and that it’s “highly unlikely” another such incident will occur.

In a letter to the Office of Government Ethics director Walter M. Shaub Jr., who has said disciplinary action against Conway is likely warranted for television comments she made urging consumers to purchase Ivanka Trump merchandise, a White House attorney said an internal inquiry has found Conway acted “inadvertently.”

“It is noted that Ms. Conway made the statement in question in a light, off-hand manner while attempting to stand up for a person she believed had been unfairly treated and did so without nefarious motive of intent to benefit personally,” deputy counsel to the president Stefan C. Passantino wrote.

Comments made by Conway during an episode of “Fox & Friends” while she stood in the White House briefing room included the simple directive, “go buy Ivanka’s stuff,” and “this is just a wonderful line.”

“I’m going to give a free commercial here. Go buy it today, everybody. You can find it online,” Conway said during her appearance.

Modern Appealing Clothing, a family-owned boutique selling lines such as Dries Van Noten and Comme des Garçons out of two San Francisco locations, told a local court that it would like to drop the unfair competition lawsuit it launched in March against the first daughter’s brand holding company, Ivanka Trump Marks LLC.

Although the boutique, better known as MAC, said at the time that the Ivanka Trump brand was getting an “unfair advantage” over other retailers with a public affiliation and at times direct support from her father’s administration, it now sees the purported goal of the legal action fulfilled as media coverage has elicited a response from the White House.

“Shortly after articles appeared in the press about this lawsuit, then-White House press secretary Sean Spicer announced that Ivanka Trump had agreed to follow federal ethics rules as they apply to her work at the White House,” MAC said in a filing.

The boutique said its “primary purpose in bringing this lawsuit was to ensure that Ivanka Trump did not continue to exploit the power and prestige of the White House” to promote her brand and “that goal has been achieved by the White House’s announcement,” according to its filing.

“Accordingly, and unless Ivanka Trump does not subsequently abide by the White House’s promise that she will follow federal ethics rules, plaintiff MAC’s primary goal in bringing this lawsuit has been achieved,” MAC said.

Ivanka Trump may have an office in the White House, but like her father, President Trump, she still had a brand to develop back in June 2017.

The first daughter received preliminary approval for another U.S. trademark covering a stylized version of her initials for use on a full range of hardware accessories and jewelry. This trademark follows three others Trump’s holding company, Ivanka Trump Marks LLC, has won preliminary approval on the U.S. Patent and Trademark Office since mid-May 2017, all of which were applied for in late December, about two months after her father won the presidency. The three other marks are aiming to register Trump’s first name, her full name and her full name with a symbol of calligraphed initials encircled in pink. The marks will cover all manner of apparel, accessories and intimate wear, from lingerie to capes. A White House spokesman referred an inquiry regarding the trademarks to outside representatives for the Ivanka Trump brand. Of the trademarks, brand president Abigail Klem said: “These and other filings in other countries are made in the normal course of business for any company in these categories.”

In November 2017, Aquazzura Italia put an end to a lawsuit against Ivanka Trump accusing her of ripping off a popular shoe design for her namesake brand. The Italian brand dropped its allegations of trademark infringement after coming to an apparent agreement outside of the court with Trump and Marc Fisher Footwear, the company that produces shoes for the Ivanka Trump brand, according to a notice filed with a federal New York court. The suit was dismissed with prejudice, meaning Aquazzura’s claims cannot be revived in the future, and any terms of the settlement were not disclosed.

Earlier in 2017, the case looked to be headed for trial, and the court even ordered that Trump be deposed in person after her attorney attempted to argue that she had no knowledge of the disputed design and participating in the litigation would be a “burden” that would “far outweigh any benefit to Aquazzura.”

Aquazzura filed its lawsuit in June 2016, claiming the Ivanka Trump brand had made a near exact replica of its Wild Thing shoe, something of a staple design for the Italian brand and one that it claimed trade dress rights to.

Shortly after launching litigation, Aquazzura’s chief executive officer Jean-Michel Vigneau said the brand “cannot allow its well-known, signature styles to be copied” and that it “has repeatedly objected to Ivanka Trump’s shoe designs.”

The Democracy Forward foundation, a nonprofit focused on legal and policy issues in the executive branch, in January 2018, sent a letter to the Office of Government Ethics, demanding that the federal ethics agency discipline and open an investigation of the first daughter and her alleged abuse of her White House position to promote her namesake brand. Trump serves as an adviser to her father and has an office in the West Wing, but Democracy Forward said there are questions as to whether Ivanka Trump has “coordinated with celebrity-style blogs to showcase images of her public appearances” in order to “drive sales of her brand’s merchandise.” The nonprofit cited an analysis late last year of Trump’s social media posts by the Wall Street Journal, which found her posts include an item from her own clothing line 70 percent of the time, including while she’s purportedly conducting government business. The photos from her posts often pop up on sites such as Star Style with direct links to where the Ivanka Trump items can be bought. Democracy Forward said it wants to unearth “any contact or coordination between Ms. Trump, her company and the style publications using her images.”

Bridget Foley’s Diary: When Should Ivanka Cry Uncle Over Dad?