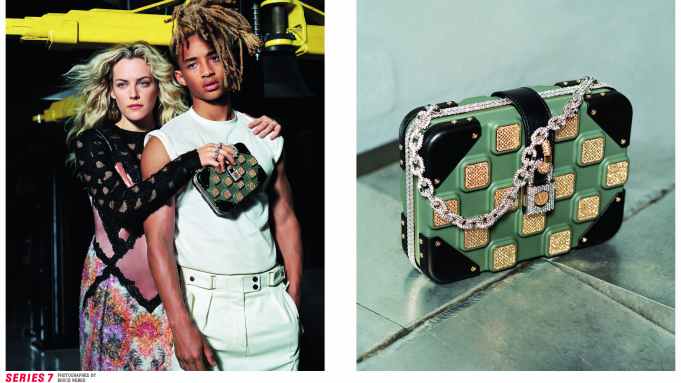 TAKE TWO: Get ready for a new power couple.

Nicolas Ghesquière has paired Jaden Smith and Riley Keough for the new Louis Vuitton advertising campaign, Series 7, shot by Bruce Weber in Pompano Beach, Fla. They join Catherine Deneuve and “Games of Thrones” star Sophie Turner, in addition to a cast of models, in the fall spots.

All four are regulars in the front row of Vuitton’s runway shows, with Keough and Turner attending the French fashion house’s cruise show in Kyoto in May. Appearing alongside Deneuve is newcomer Kevin Mischel, a French dancer-turned-actor revealed by the critically acclaimed film “Divines.”

Ghesquière last month teased some of the shots on Instagram. Keough, the granddaughter of Elvis Presley, said she was excited to be working with the designer.

“Working with Bruce Weber was one of the most magical experiences of my life. Standing in front of a legend and learning from him was both an educational and spiritual experience for a young artist like myself. Being able to make an impact on art, fashion and the youth all at once was a dream come true,” the 18-year-old actor said.