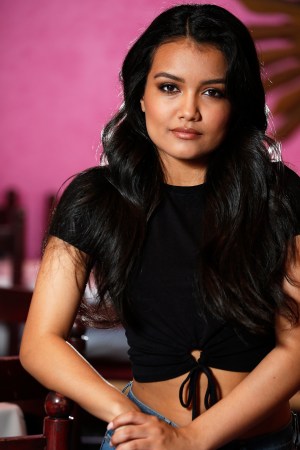 The sensation that is “Empire” returns to TV screens on Wednesday, after almost four months of leaving fans hanging with bated breath. Season two has introduced audiences to Jamila Velazquez, who joined the hip-hop hit as Laura Calleros, a vocal powerhouse and love interest to Hakeem. The second half of the season will undoubtedly bring as much drama as fans have come to expect from Cookie, Lucious and the rest of the Lyon family. “It’s funny to see the people who watch the show,” Velazquez says. “It’s always the people you’d least expect — like ‘you watch Empire?’”

This summer, she will also star in an episode of another television phenomenon, “Orange Is the New Black.” Here, she talks her musical favorites and famous guest stars.

First song you listened to this morning: “Violet” by Hole

First song you remember knowing by heart: “Somewhere Over the Rainbow”

Destiny’s Child or TLC? “I adore both groups, but I’ll give this one to TLC.”

Earliest musical memory: Watching “The Sound of Music” on VHS.

Best thing about shooting in Chicago: Walking down Oak Street Beach before winter came and froze the lake.

Something surprising about one of your cast members: Ta’Rhonda makes the most delicious mac and cheese.

Most played song in your library: “Colorblind” by Counting Crows.

Current favorite song: “Love on the Brain” by Rihanna.