By Rosemary Feitelberg on January 1, 2021

The embroidered all-white ensemble was from Olivier Rousteing’s spring collection, and it was paired with a coordinating custom-made jacket. The designer is known to have a global reach with consumers, and the annual televised countdown normally attracts a substantial audience. Last year ”Dick Clark’s New Year’s Rockin’ Eve With Ryan Seacrest” raked in 17.8 million viewers between 11:30 p.m. and 1:15 a.m. 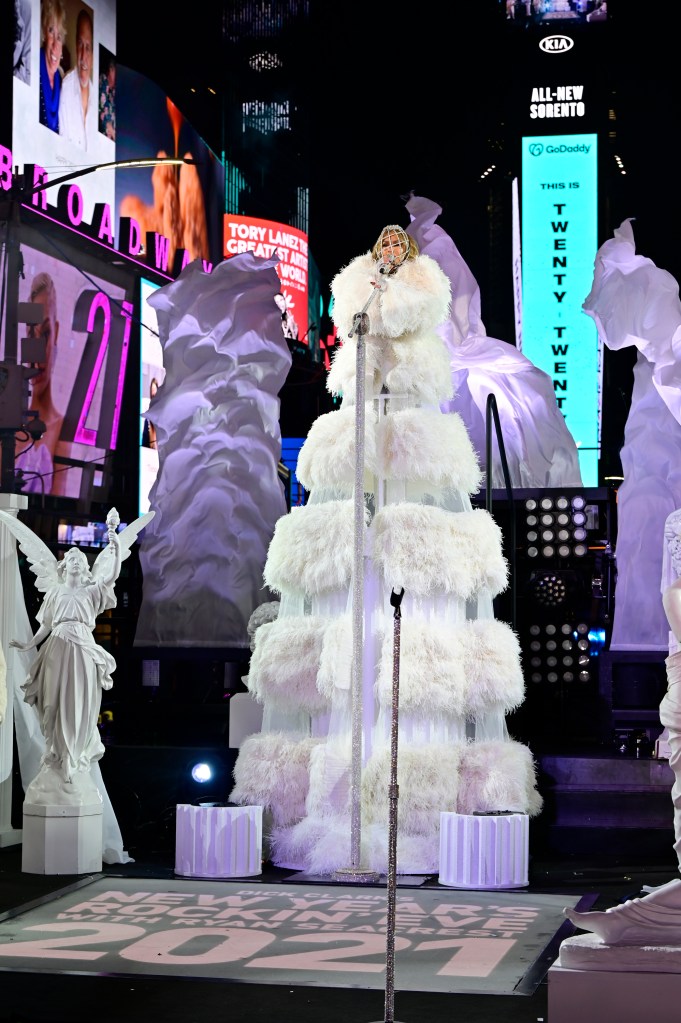 Rousteing posted a few images on Instagram of Lopez all glammed up for his 6.3 million followers, including one of her in a New York City subway car. Another image was tagged “THE BEST WAY TO CLOSE 2020🦋.” Balmain’s 10.8 million followers also had more to see. There was a post of a photo of Lopez in the Rousteing-designed two-piece ensemble with “Kicking off 2021 @jlo way.”

Thursday night’s crowd that was allowed to assemble at the crossroads of the world in the heart of Manhattan was drastically thinner than in years past, due to the coronavirus crisis. A limited number of essential workers were invited to socially distance themselves for the annual musical performance and countdown for “Dick Clark’s New Year’s Rockin’ Eve.” Inflatable purple and yellow-striped Planet Fitness-branded figures wavered in the background. 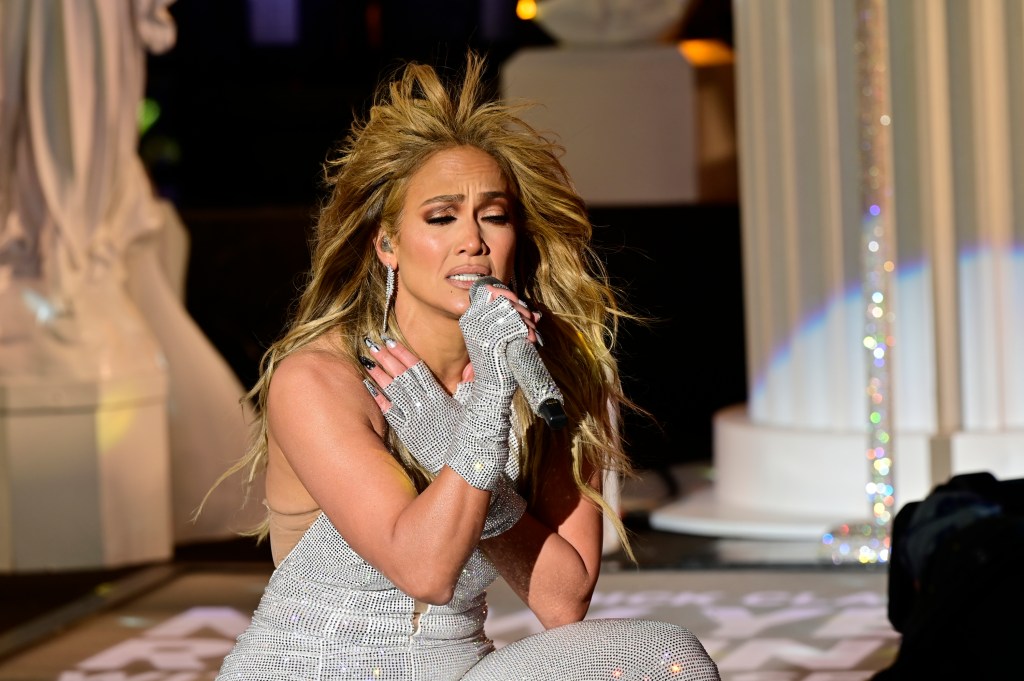 Lopez’ children and her fiancé Alex Rodriguez watched from adjacent staging as she rang out such songs as Aerosmith’s “Dream On” and her new single “In the Morning.” Earlier in the program the 51-year-old donned an extravagant orb-type headpiece from Valentino. Lopez gave Valentino a shout-out during a post-performance interview with Seacrest on Friday.

The New Year’s Eve performance capped off a momentous year for Lopez, who also performed with Shakira at the Super Bowl where the Kansas City Chiefs beat the San Francisco 49ers. The megawatt musicians outplayed the NFL-ers in terms of viewership. The halftime show reportedly attracted an audience of 103 million, whereas the game engaged 99.9 million. Earlier this week the J. Beauty founder clued in fans to her involvement in the ABC televised New Year’s Eve event via Instagram, where she teased a clip from a rehearsal.

The program’s host, Ryan Seacrest, and the Bronx-born Lopez have worked together in the past on “American Idol,” a music competition series that Seacrest produced. They have shared other milestones beside the start of 2021. Seacrest was among the guests invited to the musician’s blowout 50th birthday in Miami. As he explained on-air on the “Kelly and Ryan Show,” he was initially told at the door that he was not on the guest list. Needless to say, Seacrest had RSVP’d and made his way in. It is safe to say that admission was not an issue for Lopez and her family Thursday night in Times Square.