Media, fashion and entertainment power players came out to the Hearst 100 lunch at Michael's. 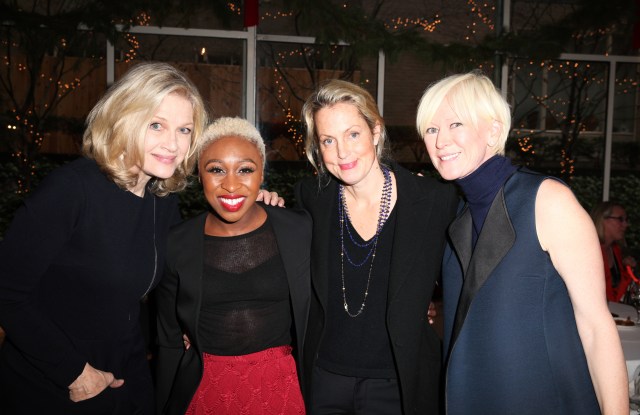 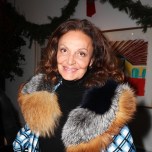 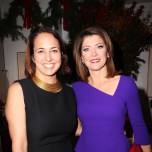 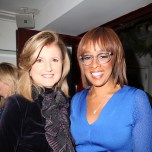 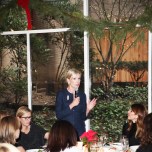 Michael’s restaurant played host to what may have been one of the most powerful all-female rooms in New York on Monday.

The lunch was hosted by Joanna Coles, the former editor in chief of Cosmopolitan, who was moved up to Hearst corporate in the role of chief content officer in September. (The promotion was conspicuously well-timed to the retirement of editorial director Ellen Levine, as well as the early stages of filming of Cosmopolitan’s E! show “So Cosmo,” which debuts in February. A plot twist built into the season is Coles’ literal passing of the baton to Promaulayko.)

Ever the performer, Coles warmed up the crowd with a few jokes: “I’m told that [vice president-elect] Mike Pence begins every meeting with a prayer. I’ll begin our entrée with a prayer and it goes like this: ‘Dear God, protect us from Mike Pence.’ Whoever your God is, whoever you pray to, pray as hard as you can.”

Before turning over the mic over to Planned Parenthood president Cecile Richards, Coles shared a “disappointing” anecdote that may change, depending on the success of “So Cosmo” and her starring role on it.

“In airports, and it’s always in airports, people come up to me and go, ‘Oh my god, are you, are you, are you Cecile Richards?’ The other day it happened to me in LAX and I said, ‘ No,’ and they went: ‘Tilda Swinton?’ I said ‘no, no,'” Coles said. “What depresses me is that I don’t mind being compared to either of those, but they said, ‘ Tabatha Coffey?,’ who is a reality TV hairdresser. I finally volunteered and said, ‘No, I’m Joanna Coles,’ and they literally went: ‘mehhh.’ It’s so humiliating and depressing and it’s a true story.”

Despite the room of power women, Richards was the real star of the afternoon, delivering a few remarks on the importance of activism during a Donald Trump administration.

“Many women woke up on the morning of the election in a dead panic…one reason I knew women were panicked after the election is that we, actually, at Planned Parenthood had a 900 percent increase in women calling to get IUDs [birth control] the day after the election,” Richards said. Some of them literally said, ‘I want to get an IUD that will last the full duration of the Trump administration.’

“They should name the IUD ‘The Trump,’” said actress Ali Wentworth interrupting Richards, who congratulated women’s media for pro-women stories during the election.

“Women’s magazines and the women’s media have done a heroic job this election in putting women first and telling the stories that no one would tell. That’s the most important. That’s what we need you to do more than ever,” she said. “This is no time to wait around.”