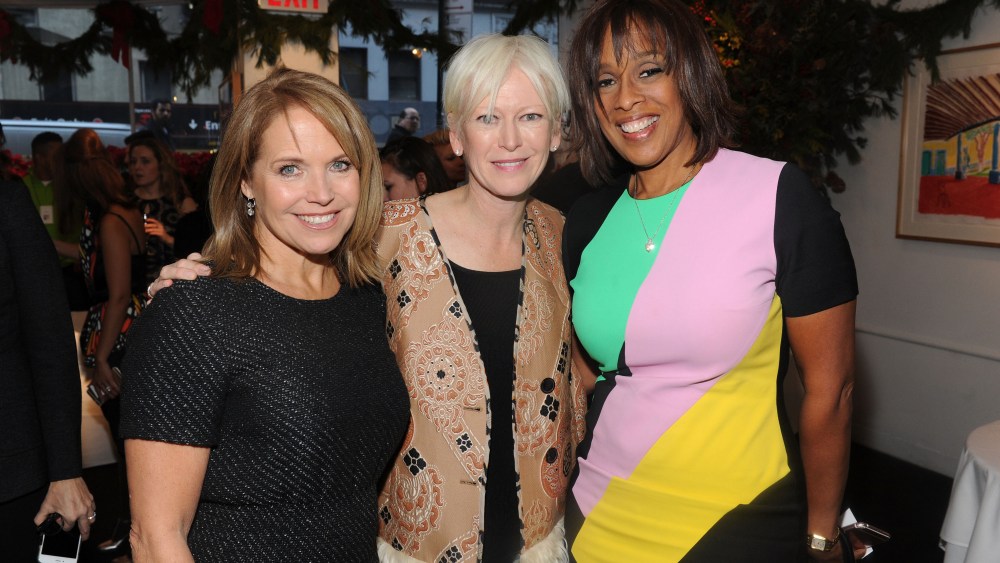 Friends of Cosmopolitan magazine — and its editor in chief Joanna Coles — took over media outpost Michael’s on Monday for a holiday lunch in Midtown.

Called “Cosmo100,” the annual event, which didn’t take place last year because Coles “couldn’t get her sh*t together” — her words — is a gathering of about 100 women of the moment. They come from a variety of fields such as politics, media, business, entertainment and technology.

Coles opened the event saying, “You’re all here for a reason — mainly because you inspire me — most of you inspire me. The point of this lunch really is to make connections…and to share information. For example, as the editor of Cosmo, I’m always on the lookout for new sex positions.”

Moments later she moved on to Cosmo’s controversial Kardashian/Jenner November cover, in which the magazine dubbed them the “First Family.”

“People accused me of putting them on the cover to ‘sell a few magazines,’” said Coles, who eyed Gayle King. “Are you out of your mind? It sold f-k millions!”

(Newsstand sales figures weren’t readily available to fact check Coles on that, but check back soon).

During a lull in the laughter, King piped up: “No, Joanna, that’s not true. I said I didn’t like them being called the first family.”

“Well, we had a spirited debate,” the editor said.

“Yes, we did,” admitted King. “We’re going to agree to disagree.”

Following that somewhat tense exchange, Coles moved along, name checking Planned Parent president Cecile Richards and Val Demings, a former chief of police from Orlando, Fla., who is running for Congress. Both would speak following the three-course lunch. Coles asked Richards to give a few remarks about the state of women’s reproductive rights today.

“I think we’re at this crossroads, at this moment of inflection where we’re going to leap forward or we’re going to roll backwards 50 years,” said Richards, who turned a light on the Cosmo editor’s more serious side. “On the issue of abortion and abortion rights, frankly, no one in mainstream media has done more to elevate women’s and men’s stories, for that matter, than Joanna Coles.”