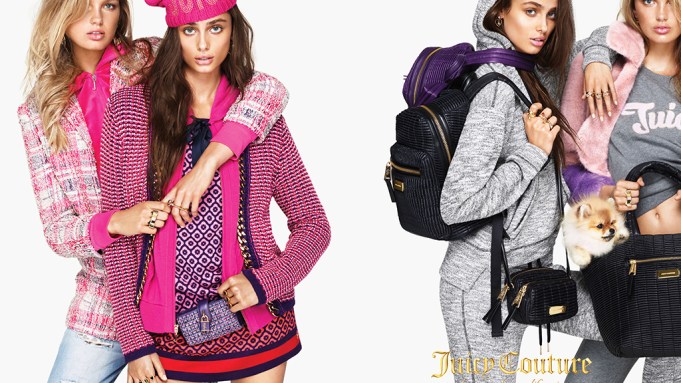 Rather than go on location as in previous seasons, the two models pose in front of a white seamless background, which contrasts the collection’s mod rock ‘n’ roll vibe, vivid hues and mod silhouettes. The Juicy Couture brand is now owned by Authentic Brands Group, which acquired the brand from Fifth & Pacific Cos. in October 2013 for $195 million. Juicy Couture Black Label Collection is available in approximately 200 Juicy Couture stores, Juicy Couture outlets and select department stores in approximately 60 countries, as well as juicycouture.com.

The campaign will break this week in the pre-fall issue of V Magazine, and will run in the fall issues of Vogue Paris, Love Magazine and Porter Magazine. It will also be augmented with a socially driven influencer initiative called “Couture Confessions,” launching in mid-September. The program will feature industry “It” girls, stylists, editors, photographers and bloggers, giving a glimpse into their glamorous lifestyles, and sharing how they immerse themselves in the “couture” lifestyle.