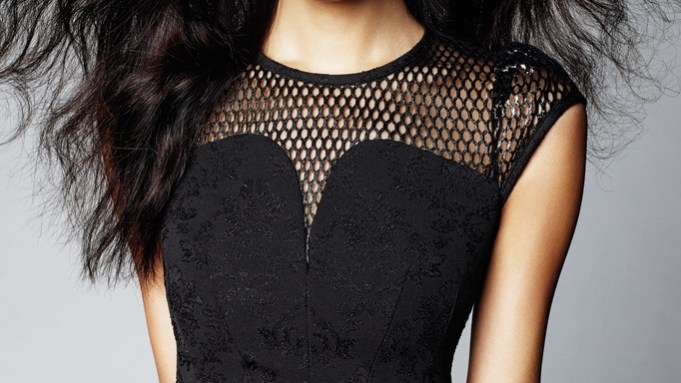 PORTRAIT OF A LADY: “We wanted to create a new visual language that defines Karen Millen as a brand,” Gemma Metheringham, Karen Millen’s chief creative officer, said as the British label tapped David Bailey to lens its fall 2013 advertising. “We wanted this campaign to challenge perceptions of the brand and make people who already know it take another look.”

Bailey was chosen for his “ability to capture the beauty of the clothes and the essence of his subjects through memorable and evocative portraiture,” according to the company. He and stylist Katy England chose four young models to star in the campaign, which will launch in Karen Millen stores on Sept. 4 and in October magazines. There is also an outdoor campaign planned for New York, London and Paris, and an online advertising strategy.

Grace Gao, Karlina Caune, Kirsi Pyrhonen and Nur Hellmann, all of whom are represented by the agency Viva London, appear in images that reflect Bailey’s pared-back style of portraiture.

The London-based brand has been focused on international expansion for the last five years and, according to Metheringham, now generates 60 percent of its sales in international markets. It will have 400 stores globally by the end of next year. “We are targeting Central and South America, and Canada. We opened our first store in Panama last week, and we’re actively seeking opportunities in the region,” said Metheringham. “Expansion in the U.S. is key to our plans. We expect sales from the States to grow by 30 percent in the year ending March 2014.”

The brand currently has 13 standalone stores in the U.S. and has strong ties to Bloomingdale’s, with whom it operates 11 concessions, with a further four expected to open this year. Karen Millen has also created an exclusive plaid collection for the department store’s fall 2013 campaign.