Stylist and creative director Karina Givargisoff approached 800-plus fashion-minded executives with her concept for the first nonprofit fashion brand. 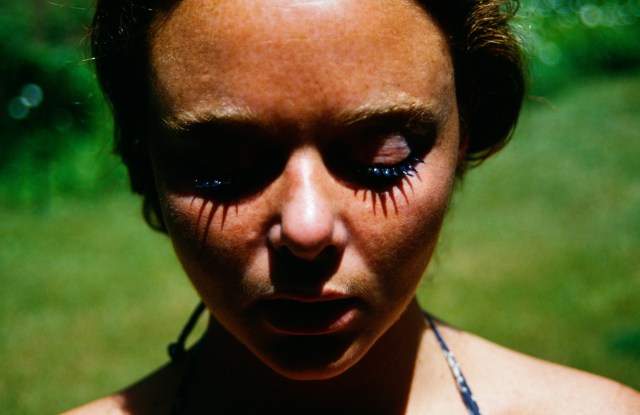 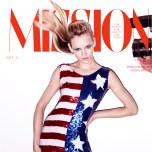 MISSON CONTROL: After two-and-a-half years of hunting down fashion insiders, Karina Givargisoff is set for the March 8 launch of Mission Magazine for Fashion, for Beauty, for Good.

Timed for International Women’s Day, the issue will be about women’s empowerment. Mission is a digital-focused philanthropic fashion media brand that will also have a biannual fashion magazine. Talks are underway with Tina Brown about collaborating in some way.

Givargisoff, a London-born stylist and creative director who once worked at WWD, estimated she e-mailed 800 to 1,000 influencers — 95 percent of whom she had zero connections with. Although only 10 percent replied and 50 actually agreed to meet with her, she has been spurred on by the support of PepsiCo’s chairman and chief executive officer Indra Nooyi, Tina Brown, Donna Karan, Burberry’s chief marketing officer Sarah Manley, Kering head of America’s Laurent Claquin, photographer Hans Feurer, FEED’s Lauren Bush Lauren and ID-PR’s Kelly Bush Novak.

“We’ve got no rules. If you have a great idea and want to partner with us, absolutely,” Givargisoff said. “The end result is about educating people about charities and bringing as much money as possible to charities.”

She first thought of the idea in 2013 while worrying about her cancer-fighting friend Libby Haan. “I thought, ‘What can I do?’ I really love the creative process of my job but there are all the other things that go with it that I don’t like. And I’ve struggled with it for years. And losing my Mum and brother, that changed my mindset permanently any way. Libby was just the catalyst.”

Without a cent of seed money and working from her Lower East Side apartment, Givargisoff produced a glossy prototype with photos from Mary McCartney, a Q&A with Ralph Lauren and cover shots by Alexi Lubomirski. Up until a few months ago, NDAs were mandatory. Mission will spotlight one to three charities in every issue, with all proceeds benefiting those groups entirely, aside from Mission’s operational costs. Givargisoff has not factored in a salary for herself, but she does plan to add at least eight staffers in the coming months.

Like many in her inner circle, Mission’s executive director Mark Connolly is working pro bono, as is Grant Thornton’s national partner-in-charge of tax services for not-for-profits Daniel Romano, who guided her through Mission getting charity status. Malcolm Carfrae is also acting as an adviser. “The whole thing is about making philanthropy sexy and cool – not your normal gala dinner. That’s something we will never do,” Givargisoff vowed.

As a 501 (c) (3), Mission does not offer traditional ads, but brands can invest in call-to-action pages tying back to the spotlighted charities. The launch issue will sell for $15. Mission’s web site will increasingly emphasize video, virtual reality and 3-D content. “That’s where fashion is going anyway,” Givargisoff said.

Sustainability will be central to Mission’s ideology. Recalling a meeting with Virgin Management’s director of business innovation Diane Osgood, Givargisoff said she assured her, “Sustainability is too big of a conversation for one issue — it will be ongoing.”

To that end, Mission will collaborate with Livia Firth and her company Eco-Age for content and resources. There are also plans to set up select e-commerce opportunities for sustainably minded brands. Milk Studios and Spring Studios have pledged free studio space and equipment, and Soho House is considering Mission-led talks at its Los Angeles outpost. Streeters, CLM and a slew of executives at brands like Gucci, Prada, Marc Jacobs, Tommy Hilfiger and Calvin Klein have offered their support, as have Women Management, DNA Models, IMG, Karla Otto and KCD. “The traction has been phenomenal — not one person has said, ‘You’re crazy. Don’t do it,’” Givargisoff said. “I really see this as an open platform for everybody to be involved. If you have a great story, we want to hear it.”