The model will make her debut as the magazine's newest contributing fashion editor this week, when the March issue of the title hits newsstands. 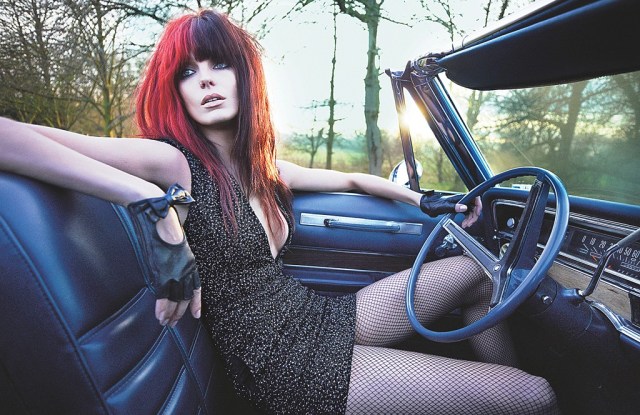 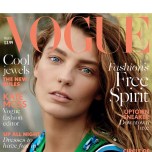 KATE’S NEW GIG: Kate Moss will make her debut as British Vogue’s newest contributing fashion editor this week, when the March issue of the title hits newsstands. Moss has styled model Daria Werbowy in a shoot called “Cause Célèbre,” which takes its cues from the look of the Seventies Detroit band Destroy All Monsters, whose front woman was the photogenic Niagara.

One image from the shoot, which was lensed by Mert Alas and Marcus Piggott, sees a punkish Werbowy posing in the driving seat of a convertible, wearing a studded minidress, fishnet tights and red streaks in her hair.

Writing of the shoot in her editor’s letter, Alexandra Shulman described Moss’ fashion story as being “possibly unsurprisingly…an homage to renegade rock style.” And Shulman notes that Moss, no dilettante, has embraced her new editorial role. “From gathering the initial mood board to talking me through the rail of clothes in the Vogue fashion room and adjusting the accessories on Daria Werbowy, Kate took on the complete role of fashion editor,” said Shulman, though she noted that Moss hasn’t eschewed her party-loving ways, adding that “perhaps not every editor takes her model out partying the first night of the shoot.”