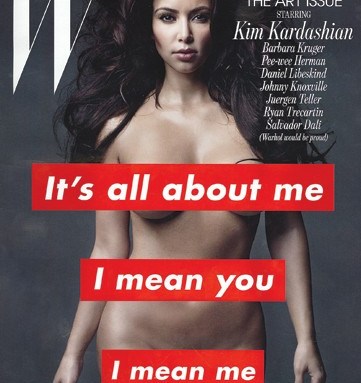 KEEPING UP WITH THE KARDASHIAN COVERS: Kim Kardashian and her sisters have become the gift that keeps on giving for celebrity weeklies such as In Touch, Life & Style and Us Weekly. During the past year, they have provided a fairly accurate barometer of the family’s popularity, and the constant coverage isn’t likely to slow down anytime soon. (In January, the E network will begin airing a spin-off show, “Kourtney & Kim Take New York.”)

Kardashian has proven selling power with weeklies, and it appears that she’s also been embraced by the monthly readers. According to Rapid Report (through November), Shape had its best-selling issue of the year in June on newsstands, with Kardashian on the cover. The reality star appeared on Allure’s September cover, which marked its third most popular seller of the year, and most recently, W made a splash by featuring her naked on its November art issue. W’s Kardashian buzz led to its second highest seller of the year (tied with Megan Fox in March). With figures like these, expect to see more and more and more of the Kardashians in the new year.

WINTER EQUINOX: Considering how widely known Terry Richardson is for his body of work (interpret that as you will), his latest shots for Equinox seem like a natural fit. Aiming to blur the lines between fashion, fitness and lifestyle, the 51-unit health club recruited the celebrated lensman for its new outdoor, print and digital ad campaign. Risqué as ever, he captured well-chiseled models in somewhat compromising positions. One shot shows a woman wearing only a lace bra and an unbuttoned shirt surrounded by Polaroid close-ups of her fairly bare body parts. In another image, a model is bottoms-up in a black hot rod with her naked legs dangling out the window. The campaign, which is being curated in-house for the first time, breaks in January magazines. Phone kiosks and other outdoor signage will go up in New York, Los Angeles, Chicago, Dallas, Boston, Miami, Washington and San Francisco. And for those who can’t quite get enough Richardson, an online video at equinox.com will give them a look at the Malibu shoot.

Equinox’s creative director, Bianca Kosoy, said, “His signature gritty flash photography makes the viewer feel as if he or she has just witnessed a private moment or was let in on a little secret.”

NO SALE YET: Robbie Myers, Joe Zee and their colleagues at Elle will have to wait a little longer to see if they’ll have new cousins over at Hearst. Elle’s French owner, Lagardère, is believed to have two offers for its publishing portfolio, one from Hearst and one from Germany’s Bauer Publications. Reportedly, Bauer has proposed 650 million euros to 700 million euros, or $850.3 million to $915.7 million at current exchange. There are a few roadblocks in the way of a sale, namely control over Elle, but sources said a deal (if it happens) won’t happen until after the holidays. Nonetheless, some investors are anticipating a deal, trading Lagardère’s stock up 4.9 percent to 30.84 euros, or $40.35, earlier last week.