Kellan Lutz to Be Ambassador for Geoffrey Beene

The actor will be featured in a video and print ads to promote the company's cancer-research mission. 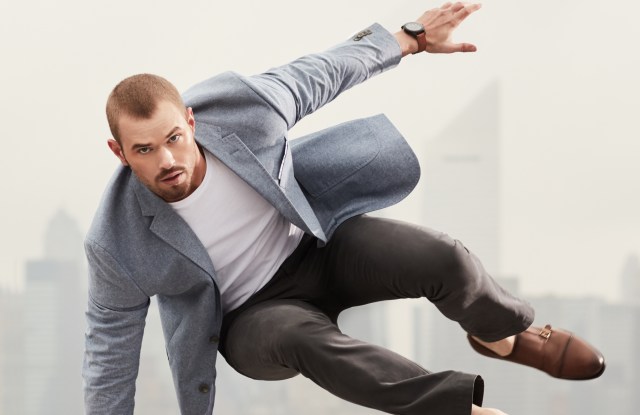 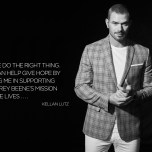 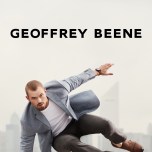 Geoffrey Beene has tapped an action hero to serve as the new face of its advertising campaign. No, it’s not Batman or Superman — it’s “Twilight” actor Kellan Lutz.

Lutz has been brought on board as the brand’s ambassador and is being featured in “A Man on a Mission” print, outdoor and online campaign that will break next month. The ads, and accompanying video, are intended to raise awareness of Geoffrey Beene’s corporate structure that donates 100 percent of the company’s net profits to cancer research at the Geoffrey Beene Cancer Research Center at Memorial Sloan Kettering.

Lutz said he met Geoffrey Beene chief executive officer Tom Hutton at a charity event for Saving Innocence in Los Angeles a few years ago and they struck up a conversation that eventually led to the partnership. “When Tom educated me on what they were doing, I quickly wanted to help out,” he said. “As a celebrity, I’m blessed to have a platform to spread the word.”

He said cancer has touched his life — he lost both his uncle and grandmother to the disease — so Beene’s cause was “fueling to my soul.”

But it’s not just Beene’s cause that Lutz connects with — it’s the clothes, too. “I like to dress up and be comfortable and Geoffrey Beene is very much what I would wear,” he said. “With the very first box of clothes they sent me, everything fit, and I get sent a lot of stuff and most of it doesn’t fit.” Lutz is still involved in his Abbot + Main, California-inspired lifestyle line, but it’s casualwear, not tailored.

In the video and the ads, Lutz is featured wearing Geoffrey Beene tailored clothing and furnishings running and jumping over rooftops and other obstacles, which plays into his passion. “I love playing action heroes in movies,” he said, “so this campaign was very organic to who I am.”

The campaign was created by CoolGraySeven, and the print campaign was shot late last year by photographer Matthew Scrivens on location in Long Island City, N.Y. The video was produced by Grit Films, LLC.

Hutton said using that by using Lutz as an ambassador, he hopes to connect with the socially conscious Millennial generation and “attract them to Geoffrey Beene. There are no other companies I know of that give 100 percent of its profits to cancer research. We want this company to thrive and prosper to it can continue to do the work that it’s doing.”

He said Lutz will continue to work with the brand for at least a year and hopefully beyond. The actor will be a guest at tonight’s YMA Fashion Scholarship Fund dinner, which is underwritten by Beene, where he will help present the scholarship awards.