The Scottish actor is the new face of the iconic department store. 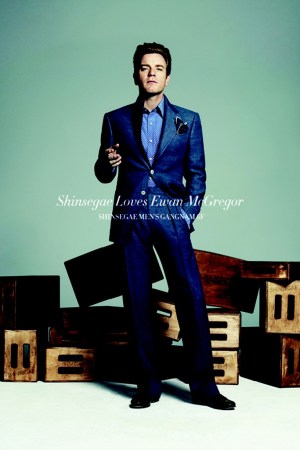 Ewan McGregor’s latest role takes him to Seoul — at least in photographic form — as the face of South Korea’s iconic department store Shinsegae.

The Scottish actor, best known for his roles in “Trainspotting” and the “Star Wars” franchise, will star in the retailer’s new advertising campaign, set to bow next month under the slogan “Shinsegae Loves Ewan McGregor.” Photographer Alexi Lubomirski shot the first portion of the campaign in New York earlier this year. Sean Spellman styled the shoot.

Shinsegae said the 40-year-old actor, with his sophisticated and stylish image, will both inspire Korean men and appeal to Korean women of all ages.