This month marks Kristina O’Neill’s fifth anniversary at WSJ. magazine. O’Neill, who came to The Wall Street Journal from Harper’s Bazaar in 2013, reflected on her time at WSJ., which turns 10 this year, over tea at the NoMad Hotel — where, incidentally, she had shared her first issue with WWD almost exactly five years ago.

In a far-reaching conversation, O’Neill spoke about being part of The Wall Street Journal, the magazine’s changing metrics for success, the WSJ. reader, and meeting Oprah, WSJ.’s March cover star. Below, some highlights:

It’s not about Oprah 2020, it’s about Oprah 2018. I think this is really her year, and the enthusiasm around her. I think we have seen the buildup. It was exciting to photograph her in a WSJ. way. She was shot by Mario Sorrenti, and George Cortina styled her. She’s someone who sums up a lot of the values that WSJ. stands for in terms of ambition and success. I got to meet Oprah, and I had no poker face. I literally walked into the shoot and started crying. I grew up on Oprah. When I said “I grew up on you,” she was like, “Where did you grow up? Tell me about your mom and dad.” She’s the ultimate journalist. The story looks not only at how she became Oprah, because that story is pretty well-known, but how she’s maintaining Oprah. I think the fact that we all still hitch our hopes to Oprah is a real testament to her.

On how WSJ. has changed over the last five years:

The most exciting thing for me is to see how we have become a first-read across multiple industries. We’ve certainly doubled down on fashion. It has been very rewarding for me personally to see the support increase from core fashion houses.…We’ve sort of branched out from what the core business and finance backbone of the newspaper is to really envelop all these other industries. Fashion, obviously. Food, design, art, tech. It’s been really rewarding  to see players at the top of their fields say it has become an indispensable read…Being able to use the fashion lens on all these other industries is what makes it really exciting, because we are able to elevate and illustrate in a very sleek and modern way.

On the WSJ reader:

Technically, our readership is The Wall Street Journal’s readership. We don’t break out the magazine because we are only available through the newspaper. It’s not really about demographics. It’s more about psychographics. During the week, they are the type-A news reader and they are on their phones, push alert is pressed through. But then I think the magazine is a sort of antidote to that. We are a weekend read and the opposite of the push alert. It’s really less about gender or income and what they do for a living, and more about how they live their lives and what they aspire to. It’s two sides to the same coin….If you go by the stats, it is slightly skewed to a male reader. High household income. Older, or we like to say wiser. But I think the anecdotal evidence from other platforms shows that our engagement is more female than male, and maybe a little younger. But I think that the one trait that every WSJ reader shares is ambition.

On being part of a newspaper:

Another exciting thing in the five years has been the number of subscription conversions. Maybe people come into our articles through social media, but then you are in the orbit of WSJ. So for us, one of the new metrics and the new ways we can measure our success is subscription conversion. I think that is the true testament. You hook readers, and it’s not with a click-baity, sexy bait and switch headline. You want people to get beyond the paywall because they believe in the content. The Journal has always had a paywall, so I feel like everyone is sort of catching up with us. But I do think people will pay for good content. It’s like, you pay for Netflix, you pay to subscribe to your monthly box of, I don’t know, vitamins. 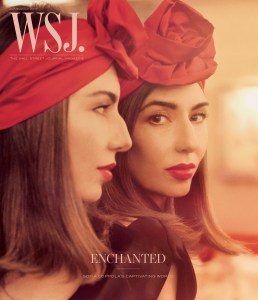 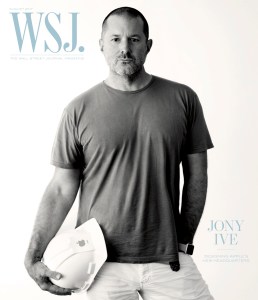 Everyone is our competitive set. It’s a moving target depending on what story we are after. If it’s the opening of the new NoMad, we’re competing with Bon Appetit. If it’s someone like a Reese Witherspoon, we could be competing with a Vanity Fair. Certainly for fashion features, we are conscious of what Vogue is doing. T is the one that we get compared to, because it is the most similar structure. But it all really depends on the story, so sometimes it is everybody and and sometimes it is nobody.

On the rumors that O’Neill Will Succeed Glenda Bailey at Harper’s Bazaar:

Right now, I’m very happy at WSJ. and looking forward to five more years at least. I don’t know where rumors start or how they develop, but there is nothing to report on that front.