The sportswear-themed campaign was shot by Erik Torstensson of Frame Denim. 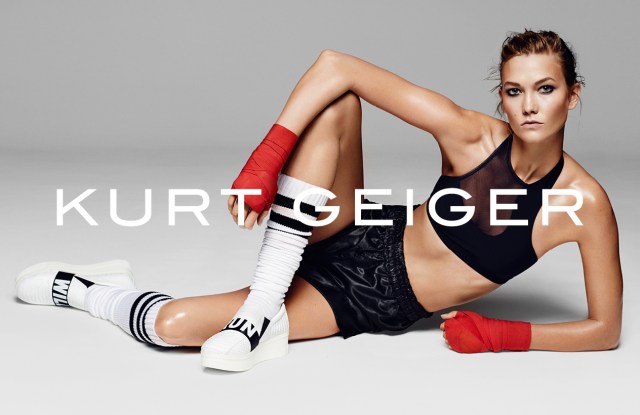 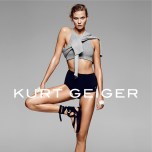 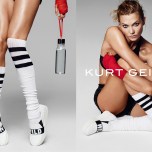 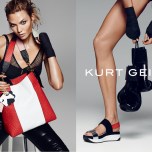 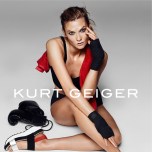 It was photographed by Erik Torstensson, cofounder of the Saturday Group and Frame Denim, and shot in a London-based studio. Torstensson had previously worked with Kloss on creating “Forever Karlie,” a range of denim for taller women.

Embracing the collection’s sportswear focus, the campaign features images of Kloss in a sports bra and soccer socks, cycling in heels and posing with boxing gloves and dumbbells.

“This season, the boundaries between sport and fashion have broken down even further,” said Kurt Geiger creative director Rebecca Farrar-Hockley. “The campaign channels a strong, energetic and alive mood.”

Kloss will be modeling the British label’s spring styles including sporty high heels with mesh panels and Velcro straps, platform sandals and slip-on sneakers with logos such as “Run Wild” emblazoned on them.

“I’ve always worn Kurt Geiger shoes to run from the gym to work and everything in between,” said Karlie Kloss. “This collection works for women who do it all.”

The campaign will run in the spring issue of Love magazine, the March issues of British Elle and British Vogue, which hit newsstands in February and the model’s social media accounts.