Max Farago shot the images, which were styled by Caroline Issa. 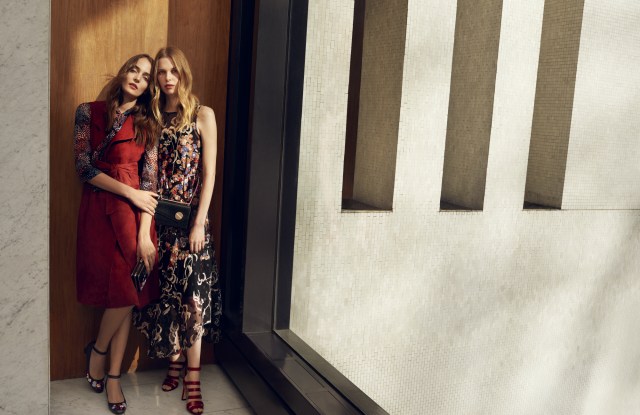 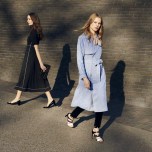 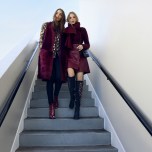 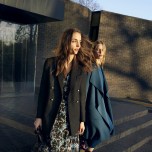 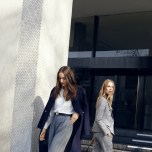 MODERNIST VISION: L.K. Bennett has unveiled its fall collection, shot at the Royal College of Physicians in London.

Max Farago photographed the images, which were styled by Caroline Issa. Farago recently worked with Chanel’s global creative designer for makeup and color, Lucia Pica, to create imagery capturing the inspiration behind her first makeup collection for Chanel, Le Rouge.

The campaign has a clean, modernist look, reflecting the brand’s fall collection and the architecture of the Royal College of Physicians.

Models are captured walking out of the building in sleek trouser suits, clean-cut coats, printed Seventies-style dresses, and fur gilets. The footwear offer includes embroidered block-heeled boots and flats, as well as signature styles such as strappy sandals and color-blocked pumps.

“L.K. Bennett’s Englishness really resonates with me, but Englishness can be seen as traditional and heritage, something which L.K.Bennett’s modern vision isn’t at all,” Issa told WWD. “I first went to the Royal College of Physicians building for a reception, and more recently for a fashion show after it had been renovated, and loved its clean beautiful lines. It’s rightly considered an architectural masterpiece and it’s a rarely glimpsed London gem.”

The company declined to say when and where the ads will break.