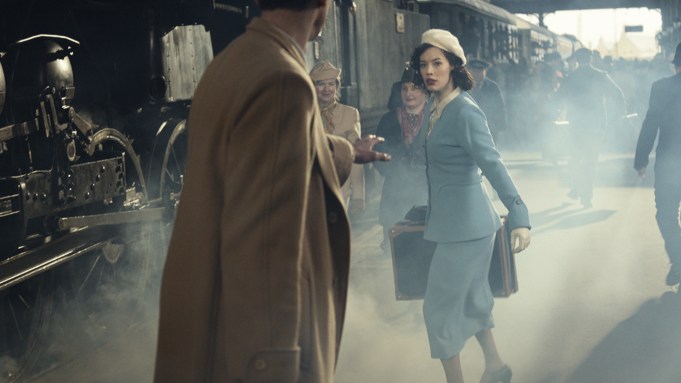 LACOSTE’S LATEST FLICK: Lacoste has unveiled a new film, called “Timeless,” as part of its ad campaign. Directed by Seb Edwards, the film is set in the Thirties, when a man experiences love at first sight. He embarks on the trail of a mysterious woman, jumping on the train she is riding. But as soon as he reaches the first car, he finds himself in the Forties. Determined to find her, the hero begins a frantic quest that takes him through carriages and eras, until he eventually arrives in the present day. Over time, styles change but the polo retains its timelessness.

The couple, played by Damien Chapelle and Dorcas Coppin, are seen in a Thirties Parisian train station brought to life by 250 extras, authentic trains from each decade, and fashion styled by Madeline Fontaine, who was nominated for an Oscar for “Jackie.” Max Richter provided the soundtrack.

Broadcast around the world, the campaign is currently being shown on TV, online and outdoor. It is accompanied by digital ads and bumpers.

Earlier this month, Lacoste revealed that Novak Djokovic would be featured in the print campaign shot by photographer Jacob Sutton. Also in the ad campaign are models Julia Bergshoeff, Mathias Lauridsen and Alexandre Cunha. The visuals combine Thirties black and white with the present-day collections’ colors.