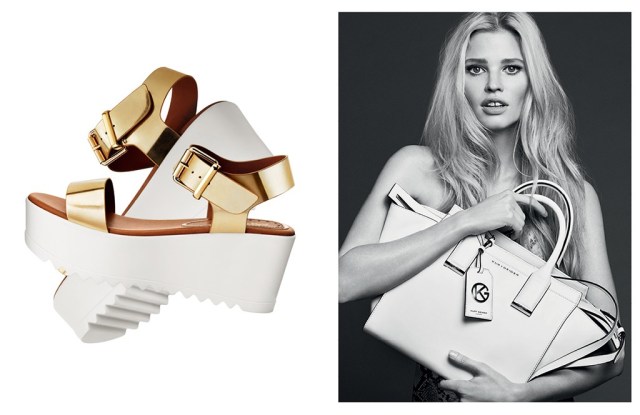 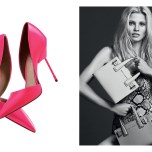 ROMANCING STONE: Lara Stone is the new face of British footwear and accessories brand Kurt Geiger, and she makes her debut in the spring-summer campaign — and in a series of short films — shot in London by Erik Torstensson.

The ads for Geiger’s wide-ranging accessories line, known as Everything but the Dress, depicts Stone as a neo-hippy and utilitarian globetrotter. “My inspiration took the tropics to London,” said creative director Rebecca Farrar-Hockley.

Geiger that bag sales rocketed by more than 200 percent year-on-year in the run-up to Christmas, due mainly to the new Saffiano collection, while like-for-like retail sales rose 14 percent, and online sales climbed 35 percent in the pre-Christmas period.