Charla Lawhon, longtime managing editor of In Style, is leaving the magazine to join an online startup. 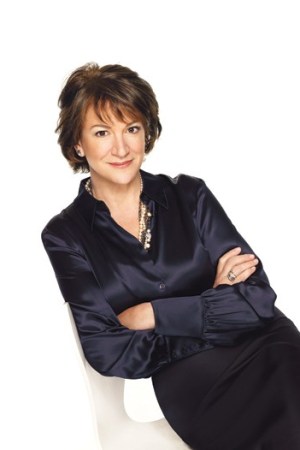 Charla Lawhon, longtime managing editor of In Style, is leaving the magazine after a 15-year run. She will stay at the Time Inc. title until mid-April, after which she plans to join an online startup that will marry fashion, beauty and celebrity.

“In Style has been such a great experience on every level,” Lawhon told WWD exclusively Thursday evening. “Having gotten interested and seduced by the digital space, [I believe] things either keep moving or keep changing or you end up at a stopping point. I have that itch to get involved with shaping something new.”

Lawhon is used to start-ups: she helped launch In Style in 1993 with Martha Nelson, who is now editor of Time Inc.’s Style and Entertainment Group, comprised of People, People en Español, People StyleWatch, Entertainment Weekly, In Style and Essence. Lawhon was appointed the magazine’s deputy editor in March 1994 and became executive editor in December 1998. Four years later, she took over as managing editor from Nelson when she became managing editor of People. In September, Lawhon was elevated to editor, In Style Group, presiding over all of the title’s print brands, including In Style Specials and the international editions, as well as instyle.com.

Lawhon said she’d been thinking about stepping down for nearly a year, but after the holidays started to make her plan. Though she disclosed few details about her new venture, she is said to have been meeting with several major studios. Lawhon said she will not have an editor’s role at her new firm. Her move to digital, she added, is not representative of her lack of support for the magazine business. “I love magazines. I love not only reading them but what they do for women. I love the process, and being associated with the other professionals in the business. But there are other ways to present the information and get the reader-user involved. And it’s exciting to explore those other possibilities and see how far you can push it.”

As In Style’s circulation and advertising pages grew, other magazines began applying its formula. The title’s challenge has been to remain timely while celebrity weeklies and online outlets cover the same news. In Style’s Web site helped offset those pressures, and last year the magazine introduced sweeping changes: a redesign, with new sections, more fashion and product pages, and several new editors, including managing editor Ariel Foxman, who took over the day-to-day responsibilities of the magazine.

The changes helped In Style buck the relatively dismal ad and circulation environment. In the second half of 2008, total paid and verified circulation grew to 1.76 million, a 2 percent improvement over the same period a year prior. Newsstand sales grew 5.8 percent, to 740,000, making it the second largest newsstand seller among women’s monthly magazines behind Cosmopolitan.