The company has raised $8.8 million in Series A funding to expand its operations. 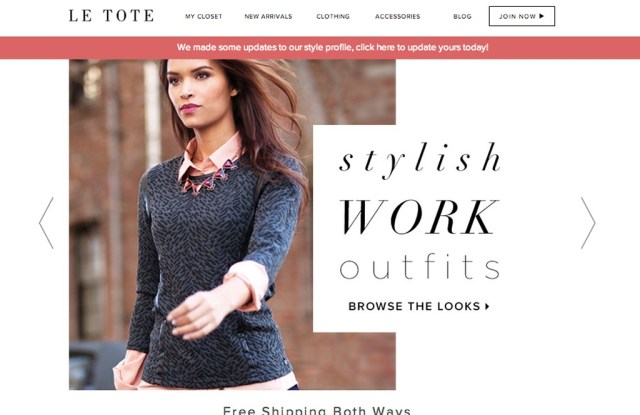 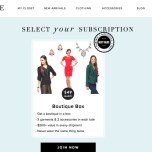 Le Tote has raised $8.8 million in Series A funding to expand its operations, which rented out $15 million worth of apparel and accessories last year. Sam Edelman, House of Harlow, Betsey Johnson, Sanctuary, BCBG, French Connection, Splendid and T Tahari are among the 80 brands carried on the site.

The round of funding was led by Azure Capital Partners with participation from Simon Venture Group, Lerer Hippeau Ventures, AITV, Epic Ventures, Arsenal Venture Partners and FundersClub. Letote.com launched a private beta version of its site in August 2012 before raising $3.7 million in seed funding in 2013 and opening up the site to anyone early last year.

Le Tote’s members pay a $49 monthly subscription fee to rent apparel and accessories. The business model is similar to Rent the Runway’s, which raised $60 million in December and was a pioneer in the space.

Brett Northart, president of Le Tote, which he cofounded with ceo Rakesh Tondon, insists the two companies are different.

“Rent the Runway is focused on the event-driven market — New Year’s or a wedding,” Northart told WWD of the revolving Internet closet. “We are filling the gaps for the rest of the time. We’re renting everyday wear, specifically not for events.”

Northart acknowledged that overlap in the customer base probably exists, given that both are online rental companies that offer designer fashions to members.

It’s a space that others are also jumping into, including The Black Tux, which rents formal wear to men and recently raised $10 million in funding.

This isn’t an effort to supplant the retail or e-tail business model. Northart wants users to keep buying investment pieces, denim and “things they love,” but for something really trendy or an item they might only wear once or twice, he said renting is the better option.

Tondon added that the two are trying to give women “unlimited variety” each month when getting dressed for work, brunch or a happy hour.

Upon signing up, members receive a box that contains a tote with three pieces of apparel and two accessories — 80 percent of items are picked by the user with the balance chosen by a Le Tote algorithm. People using the service can keep the looks for as long as they wish. When they’re done, they send the box back for another three apparel items and two accessories. There are no late fees.

Tondon said that if someone loves a style they rent, they can purchase it for 20 to 50 percent off the retail price. Thirty percent of the company’s revenue comes from purchases (the remainder is from subscriptions). And although he declined to say how many members the site has, he projected the site would generate $12 million to $13 million in revenue this year and rent $75 million to $80 million in goods — five times what was rented in 2014. The site sends out more than 60,000 items per month and has grown from 13 to 100 employees in the past year. There are no immediate plans to open a physical space, but as the business grows, it could become an area of focus.