While Maxim and Stuff, those former schoolyard bullies, settle into a somewhat saggy middle age, the old-line titles are showing renewed vigor. Esquire, Details and Men’s Health are up strongly through... 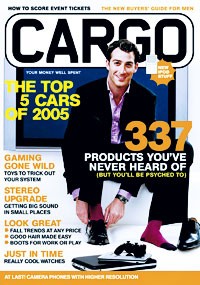 While Maxim and Stuff, those former schoolyard bullies, settle into a somewhat saggy middle age, the old-line titles are showing renewed vigor. Esquire, Details and Men’s Health are up strongly through September, while GQ and Men’s Journal are gaining momentum and market share after soft first halves.

Leading the growth is Esquire. With 154 ad pages in its September issue, the Hearst-owned title is up 20 percent for the month and 15 percent year-to-date. The fourth quarter looks to bring further improvement in automotive (thanks to a cluster of launches) and consumer electronics, said publisher Kevin O’Malley. “Our trend is strong, but I don’t trust this market for a minute,” he said.

Over at GQ (which, like Details, is a unit of Advance Publications Inc., parent of WWD), September’s issue came in at 291 ad pages, up 12 percent from last year. That still leaves the title down around 5.5 percent on the year, but publisher Peter Hunsinger said he expects to close most of that gap with the October issue, which will be up about 50 pages from last year. Hunsinger cited a 23 percent increase in newsstand sales for the year’s first half as evidence that new editor in chief Jim Nelson’s redesign is attracting readers.

The picture is similar at Men’s Journal, which also has a new editor, Michael Caruso. “We started off the first quarter a little slow, but starting in June we’ve been up every single month,” said publisher Carlos Lamadrid. Year-to-date through September, Men’s Journal is flat with 606 ad pages, with liquor and financial services driving growth for the title. Lamadrid added that newsstand sales were up 11 percent in the first half of 2004, to around 79,000.

Details is up 7 percent in September, with 207 ad pages, according to publisher Chris Mitchell. That brings its 2004 total to 791, an 8 percent gain.

As for the muscle books, Men’s Health is up 10 percent for the year, with 761 ad pages. Publisher MaryAnn Bekkedahl noted the magazine is on track for its first-ever 1,000-page year. Men’s Fitness, which has gone through two redesigns in the past year, has 590 ad pages year-to-date (up 7 percent) and 69.2 in September (up 9 percent).

Among the lad titles, only FHM is up for the year, with 624.1 ad pages, a 5 percent gain. “[Growth] is across the board, which means the vital signs are good everywhere,” said Dana Fields, FHM president and executive publisher.

In September, however, FHM was down 11 percent, with 79.3 ad pages. Maxim, conversely, was up in September (with 114 ad pages, a 5 percent increase) but remains down 11.9 percent for the year. “That’s mainly a pricing dynamic,” said publisher Rob Gregory. “The rates have finally caught up with the rate base in the last year.” Its sister title, Stuff, is down 6 percent for the year, with 509 ad pages, after repositioning itself with a greater focus on gadgets and other consumer products.

Newcomer Cargo has no previous-year comparisons for its 116 ad-page September issue or year-to-date ad page tally of 357. But Alan Katz, publisher of the shopping title, said he detects a slight upturn in the ad climate. “It feels like we’re coming around a bend,” he said.

With things still very much touch-and-go, even those publishers whose magazines are doing well relative to last year are careful not to sound too ebullient. “Compared to last year, people are a little bit more confident and talking about spending more,” said Esquire’s O’Malley. “But in terms of actually releasing dollars, they’re still playing it close to the vest, which makes the crystal ball process more difficult.”