The Brazilian model is doing an encore as the face and voice of the retailer's summer ads. 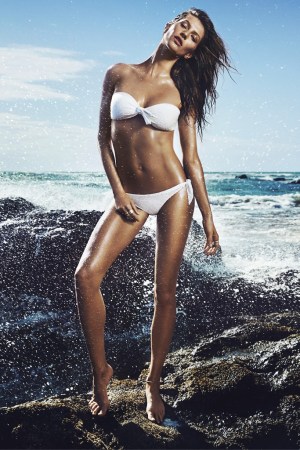 LEGALLY BLONDIE: Gisele Bündchen, who tested her pipes for H&M last year in tandem with its fall fashion campaign, is doing an encore as the face and voice of its summer ads. The Brazilian model with the endless legs dons swimwear and Seventies-style bohemian dresses in H&M’s print campaign, photographed by Lachlan Bailey. She then went into the studio with French music producer and DJ Bob Sinclar to voice a cover of Blondie’s “Heart of Glass.”

“I never in a million years thought that I would record a song and to work with a producer like Bob,” she marveled.

The print and outdoor campaign breaks in May, when the song and video will be available for download.