‘L’Idéal,’ A Parody of L’Oréal, Set to Open in French Movie Theaters

In the film a fictional beauty firm's executives are dealing with a major media crisis. 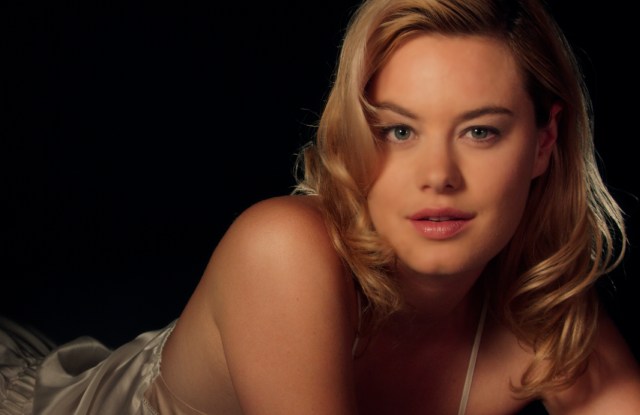 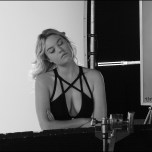 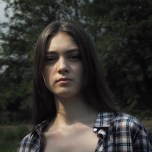 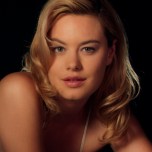 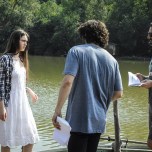 LIFE-LIKE ART: Talk about timing. The June 15 release of the satirical film “L’Idéal,” which brashly parodies L’Oréal dealing with a major media crisis, comes when the French beauty giant’s own brand Lancôme — in real life — faces threats of a boycott and negative backlash from consumers in both Hong Kong and mainland China for axing a pro-democracy singer’s performance.

Posters plastered on kiosks around Paris set the film’s ironic tone, featuring a pointed middle finger, whose nail is perfectly polished in red, and the slogan “La Beauté, parfois, c’est moche” (or “Beauty, sometimes, is ugly”).

In the film, executives at a company called L’Idéal (or The Ideal) are in crisis mode after the leak of a sex tape (including a Nazi component) starring its ambassador. She’s played by Camille Rowe, while other actors include Jonathan Lambert, as the firm’s transgender worldwide chief executive officer, and Audrey Fleurot, as L’Idéal’s global director of image.

At a meeting in the so-called “war room” in company headquarters, the ceo during a phone call threatens a journalist with the cutting of the media budget earmarked for his TV channel, which is 40 percent of its overall revenue, if he reports on the scandal. Meanwhile, L’Idéal’s digital manager is stunned by the unprecedented high number of Facebook interactions and trending on Twitter after the scandalous news breaks.

Executives decide to tap Octave Parango, a model scout whose life boils down to three elements — young Russian models, private jets and oligarch friends. His mission is to find the new “Caucasian” face, with the authoritative image director.

Monica Pyncho (Rowe) makes a mea culpa on TV. “I apologize to anyone I might have offended with my sexual behavior,” she says.

Parango is an antihero with a proclivity for designer clothes. “I only wear brands that are owned at least 51 percent by Bernard Arnault,” he says in the beginning of the film. He quotes John Casablancas, founder of Elite Models, with the phrase: “Beauty isn’t where you expect it to be,” noting Kate Moss was first spotted at JFK airport and Claudia Schiffer in a Düsseldorf nightclub.

So Parango travels to the most remote areas of the former Soviet Union and finds Lena Anamaria, played by Anamaria Vartolomei, the 17-year-old Romania-born, France-based actress, who already has appeared as Isabelle Huppert’s daughter in Eva Ionesco’s “My Little Princess.”

While Anamaria accepts the job at L’Idéal, she ends up sabotaging the company’s press conference by having her uninvited FEMEN female activist friends on stage. Together, they tag the company’s logo to read “F–k, L’Idéal.”

“We see currently a new generation of models, who rise up against anorexia, racism and physical humiliations,” stated the film’s director Frédéric Beigbeder, who is a writer, the editorial director of Lui magazine and a former advertising guru, in explanation of their actions.

A spokeswoman for L’Oréal had no comment on the movie.