Lawyers for the L’Oréal heiress plan to appeal the decision. 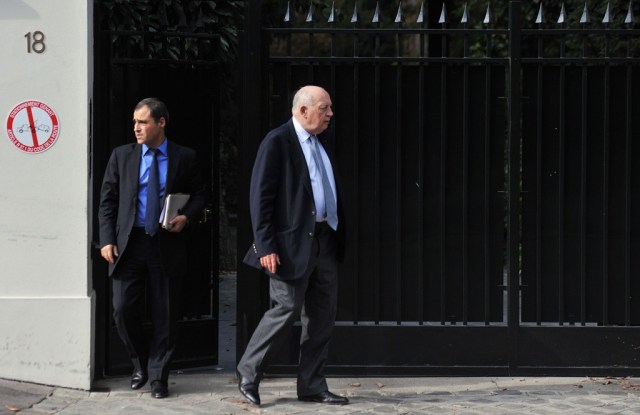 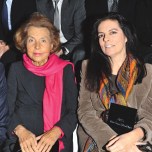 Just four days before her 89th birthday, Liliane Bettencourt, France’s wealthiest woman, was placed under the guardianship of her daughter and grandsons and is no longer in charge of her own purse strings.

This story first appeared in the October 18, 2011 issue of WWD. Subscribe Today.

Bettencourt’s lawyers said they would appeal the decision.

The development focused the spotlight back on the Bettencourt scandal only 10 months after the mother and daughter declared a cease-fire in their long-running, vitriolic — and very public — tussle. However, it did not rattle skittish markets or raise fresh concerns over control of L’Oréal, the world’s biggest beauty company, in which the Bettencourt family is the largest individual shareholder with an almost 31 percent stake.

“Frankly, I don’t think it changes anything,” said Eva Quiroga, an analyst at UBS. “Ever since the dissolution of Gesparal [L’Oréal’s former holding company], Madame Bettencourt’s daughter has been quite vocal about wanting to pursue her mother’s strategy regarding L’Oréal, and I think that theme has continued throughout the last year or so.”

Monday’s legal decision has been long in the making, coming after numerous requests for guardianship protection made by Bettencourt Meyers during the Bettencourt affair, which began in December 2007 when she brought a lawsuit against photographer François-Marie Banier. She alleged Banier exploited the weakness of Bettencourt, who gave him assets valued at about 1 billion euros, or $1.37 billion at current exchange.

In December 2010, the family part of the saga, which had boiled into an affair of state as well, abruptly ended when the mother and daughter — who abandoned all the legal proceedings they had initiated in the feud — reconciled.

But beginning earlier this year, tension between the duo heated up again. Bettencourt Meyers believed her mother remained prey to people looking to profit from her alleged ill health, particularly Wilhelm, who had overseen Bettencourt’s affairs since January.

On Monday, the Bettencourt Meyers family released a statement saying that their legal action taken for Bettencourt has “been guided by the sole wish to see their mother and grandmother truly protected. It is a great relief for them today that justice has recognized their position.”

Reports of Bettencourt’s fragile state have long been circulating in the press. The most recent surfaced on Monday, just before the guardianship judge’s decision was made public, on French newspaper Le Monde’s Web site. It published a story saying that, according to a medical report, Bettencourt suffers from “mixed dementia” and Alzheimer’s. The report concluded she has “obvious cognitive troubles with temporal disorientation, mnesic difficulties, reasoning problems and aphasic elements…[presenting] a clinical picture of dementia at a moderately severe stage.” It also estimated Bettencourt has Alzheimer’s at a moderately severe stage with a possible vascular participation, and that she is in a “slow and progressive degenerative cerebral process.”

On Nov. 10, judges in Bordeaux, France, are reportedly expected to decide whether that medical assessment should be annulled, as Bettencourt’s defense has requested.

None of this, though, is expected to have any bearing on L’Oréal’s ownership.

“Concerning L’Oréal, the [Bettencourt] family holding Téthys will continue to exercise alone the family’s voting rights,” Bettencourt Meyers’ statement said. “Moreover, the ruling does not change the agreements made in 2004 between the Bettencourt family and Nestlé, and thus the balance of both the shareholding and L’Oréal board of directors.

“Françoise Bettencourt Meyers and her children, Jean-Victor and Nicolas, wish to say once again [they have a] profound bond with L’Oréal and [an] unspoilt wish to continue [supporting] its future development,” the statement said.

The principal terms of the shareholder pact between Nestlé — which holds 29.7 percent of L’Oréal — and the Bettencourt family are that neither party can increase its stake in the beauty company during the lifetime of Bettencourt and for six months after her death. Each party is free to sell its shares and has conceded to the other a first right of refusal until April 29, 2014. After that date, the parties can offer the shares to any third party.

“Today’s French judicial decision concerning Mrs. Liliane Bettencourt does not affect the terms of the agreement between Nestlé and the Bettencourt family, which are public,” confirmed a Nestlé spokeswoman on Monday.

A L’Oréal spokeswoman had no comment on the Bettencourt news.

Still winding their way through the French legal system are investigations of some criminal allegations that sprang from the Bettencourt scandal, which entered the country’s government arena after a claim surfaced of illegal funding for Nicolas Sarkozy while he was running for France’s president in 2007. Such suits were transferred from the Paris suburb of Nanterre to Bordeaux last November in the interest of securing a fairer hearing.