Additionally, the designer’s mood boards have been posted to social channels and there’s a Q&A with Wu on the retailer's Web site. 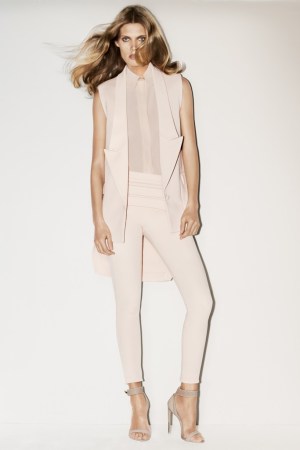 LIVE FROM NEW YORK, IT’S FASHION WEEK: Nordstrom will give customers a virtual front-row seat to Jason Wu’s fall runway show today when it live-streams the event to its Web site. It’s the retailer’s first attempt at live-streaming. Visitors to the Web site can count down the hours, minutes and seconds to Wu’s 1 p.m. show. The designer’s mood boards have been posted to social channels, there’s a Q&A with Wu on the Nordstrom Web site and the retailer will be tweeting before, during and after the event.

Nordstrom today is also launching a digital ad campaign for its designer collections that will appear on Style.com, wmag.com and vanityfair.com. A digital designer look book, “A Fashionable Rendezvous,” is featured on Nordstrom’s Web site and was shot by Ezra Petronio with models Malgosia Bela and Arlenis Sosa. The images are meant to capture fashion in motion with models appearing in two-part frames, their heads and torsos moving independently. Among the featured designers are Gucci, Lanvin, Valentino, Oscar de la Renta, Emilio Pucci, Mary Katrantzou, Nicholas Kirkwood and Jimmy Choo. “Every season, the participants change a little,” Kalinsky said.